F-35 Stealth Fighter Prepares for the Unthinkable: War with China or Russia 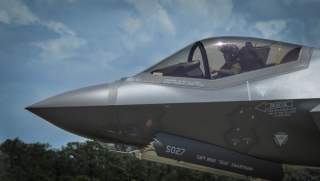 The testing is aimed at addressing the most current air defense system threats such as Russian-made systems and also focused on potential next-generation or yet-to-exist threats, Harrigian said.

“They have got these digital SAMS (surface-to-air-missile-systems) out there that can change frequencies and they are very agile in how they operate. being able to replicate that is not easy,” Maj. Gen. Jeffrey Harrigian, Director of the F-35 Integration Office, told Scout Warrior in an interview.