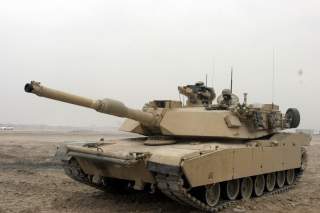 For such a nondescript city in Iraq, Fallujah has name recognition beyond its importance. In Western military circles at least the name is synonymous with the 2004 battle that turned into the bloodiest urban assault undertaken by the US military since Vietnam.

This time around, though the circumstances are different, it is once again a fight against Sunni insurgents who have had the benefit of long periods to establish defensive positions above and below ground. Regardless of the number of fighters inside the city, the urban environment offers the defenders many advantages, and diminishes the effectiveness of some of the attackers' advantages, particularly air power.

Much is riding on the outcome for the Iraqi government. The under-siege prime minister Haider al-Abadi, who announced the beginning of the assault on national television, seeks to shore up his position with a decisive victory. Of course the inevitable civilian casualties will be prime material for his enemies to use against him even if the assault goes to plan, and none other than Grand Ayatollah has called for restraint to be used during the battle. Videos of Iraqi forces assisting some civilians to flee have already begun to emerge and more of these should be expected as part of the political PR campaign.

Part of the difficulty for the Iraqi government is the confusing command and control arrangements between the various parties involved; the Iraqi army assaulting the city; the Iraqi police units providing support; the various Shi'a militias grouped under the Popular Mobilization Units (some very loosely, if at all) who are supposed to conduct supporting attacks; and the Iraqi and coalition forces (including from the Australian Defense Force) who supply the air support and Joint Terminal Attack Controllers (JTAC). With the number of differing (and some potentially competing) agendas among those groups, it will take an impressive commander (and/or advisory staff) to effectively coordinate everyone's efforts.

The Shi'a militias have so far satisfied themselves with conducting operations on the perimeter as part of the outer cordon. They have promised to leave the main assault to Iraqi government forces, but this has not stopped them from capitalizing on their participation through selected photos circulated to the media including one allegedly featuring the scarlet pimpernel of the Iranian Revolutionary Guard Qassem Suleimani 'coordinating actions' in Fallujah.

It will be interesting to see the degree to which Islamic State is willing or able to commit resources to the battle. US–supported forces operating under the Syrian Democratic Forces banner (largely the Kurdish YPG) have commenced an advance south towards the outskirts of Raqqa. IS leadership in Raqqa will therefore have to deal with its more proximate threat while simultaneously addressing the assault on Fallujah. Defeat in Fallujah should be inevitable, and if the cordon built up over the past few weeks and months has been even partially effective it should have made IS's ability to move fighters in or out difficult but not impossible. IS has already attempted to position itself ideologically for the fall of Fallujah in its most recent audio recording in which spokesperson Abu Muhammad al-Adnani claims that the loss of cities does not mean they are defeated as long as they retain the will to fight.

IS may well see strategic utility in suffering a defeat while imposing an enormous cost in civilian lives and damaged infrastructure. This could breed ongoing ill-well among the Sunni Iraqi population, laying the groundwork for a sympathetic Sunni environment into which some of its Iraqi members could continue to operate after IS loses its territory. In this scenario, it would make sense to retain a relatively significant force in Fallujah. But if IS has deemed the defence of Mosul and Raqqa to be its main effort, it may well have withdrawn fighters and perhaps left local IS members to die in place. Until the battle proper is joined we won't be any the wiser as to how IS views the defense of Fallujah.

What is certain is that the retaking of Fallujah may lead to nought strategically if it is not re-built and administered effectively and efficiently. Only then can the Iraqi government have any hope of extending its writ into the Sunni heartland of western Iraq. But that is for the future. For the moment, retaking Fallujah will maintain the momentum of the Iraqi Security Forces and allow them to switch the main effort to the main prize perhaps before year's end — Mosul.