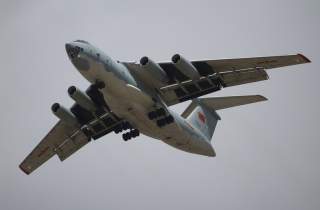 Although China is not the first state to build an airstrip in the South China Sea, it is the first state to employ island-building technologies to transform a contested maritime feature into a military base that extends the reach of offensive military capabilities. Other countries have worked to project power to contested South China Sea features; with the airstrip on Fiery Cross Reef, China has worked to project power from them.

For context, Beijing’s efforts to militarize Fiery Cross Reef are only a small part of China’s massive and controversial program to create a “Great Wall of Sand” across the South China Sea – in the words of the previous Commander of Pacific Fleet. Beijing has gone far beyond traditional land development: it has dredged and dumped enough sand in the South China Sea to create approximately 2,000 acres of artificial islands. While China claims that its island-building program is “beneficial to the whole of international society” because it will enable Beijing to project power across the South China Sea for search and rescue efforts, the Association of Southeast Asian Nations (ASEAN) disagrees. In a statement released in April, ASEAN leadership found that China’s island-creation program had “eroded trust and confidence and may undermine peace, security and stability.”

To understand how different China’s behavior is – and how distinct Fiery Cross Reef’s airstrip is – a chronological summary of the rival claimants’ airfield construction and modernization activities might be useful:

- In 2003, Malaysia completed the modernization of its 1983 Layang-Layang Airport on Swallow Reef with a 1,360-meter airfield. The airfield can technically support small civilian and military aircraft, but functionally serves as little more than a way to get tourists to and from Swallow Reef.

- In 2004, Vietnam began work to rebuild an airfield on Big Spratly that had been abandoned since it had served the South Vietnamese in the 1970s. The 600-meter airstrip is technically capable of receiving small fixed-wing propeller aircraft, and Vietnam reportedly plans to use it, along with cruises, to help make the island a tourist destination, which could be seen as a means of asserting its sovereignty.

- In 2006, Taiwan began work on its airfield of approximately 1,200 meters in length on Taiping Island (also known as Itu Aba). In February 2008, President Chen Shui-bian flew to the island on a ROC Air Force C-130 transport plane and gave a speech at a ceremony marking the opening of the newly completed airport. Although Vietnam and other South China Sea claimants took issue with these developments, China did not directly criticize President Chen’s visit or the construction of the airstrip. In recent years, Taiwan has also engaged in a Taiping Island project that includes renovation of its port facilities and improvements to the airfield.

- In 2014, the Philippines announced plans to modernize an airfield on Thitu (Pagasa) Island that was built “sometime in the 1970s, out of packed sand and coral debris.” Manila reconsidered these modernization efforts, however, owing to concerns that related port construction efforts might violate the Declaration of Conduct (DOC) for the South China Sea. The 1,300-meter strip has thus remained in its unpaved and “dilapidated” state, as a video from May 2015 (showing a C-130 carrying AFP Chief General Gregorio Catapang Jr. landing there) illustrates.

- In 2014, China began its unprecedented work on Fiery Cross Reef, which it first occupied in 1987 and initially updated in 1988. Beijing has since increased the area of the reef to about eleven times its previous size. In July of this year, evidence emerged that China is finalizing modernization of its 3,000-meter airstrip at Fiery Cross Reef; this facility appears to be capable of supporting almost any type of aircraft in China’s inventory. Beijing insists that its island construction is intended mainly for non-military purposes, but it also admits that its objectives include improving its ability to safeguard what it regards as its “territorial sovereignty and maritime rights and interests,” and that these reclamation activities will help “satisfy the necessary military defense needs.”

Although Vietnam, Malaysia, Taiwan, and the Philippines built their own airfields in the area well before China commenced its massive island building and military construction program last year – and other countries are now working to maintain or improve some of their facilities – Beijing’s activities are on a scale that vastly exceeds what any of its rival claimants are capable of doing. Beijing’s island building and airfield construction at Fiery Cross Reef appears aimed not only at strengthening its sovereignty claims, but also at extending its ability to project power into the South China Sea, where Beijing was previously constrained by distance from the Chinese mainland and the Chinese military’s relatively limited aerial refueling capabilities. As Andrew Erickson observes, Beijing does not need a 3,000-meter runway “to support evacuation of personnel for medical or weather emergencies via turboprop and other civilian aircraft.” On the contrary, he said, “such a runway is only needed to support a full range of military options.” Indeed, the airfield could be used not only for purposes such as evacuations or emergency landings, but also to accommodate a variety of types of military aircraft, such as various types of intelligence, surveillance, and reconnaissance and combat aircraft. Although in the event of a regional crisis or conflict China’s new airfield could be vulnerable to attack, especially by a highly capable adversary, it might nonetheless offer China formidable options against its less capable rival claimants.

Even if China really sees itself as undertaking legitimate activities to protect its rightful interests, it should come as no surprise that China’s rival claimants, as well as the United States and other countries in the region, see Beijing’s island building and construction activities, like Fiery Cross Reef airfield, as efforts to improve China’s abilities to bully its neighbors. Some observers might even consider the process of improving these abilities to be, in and of itself, a bullying tactic. Accordingly, many have criticized China’s actions as destabilizing and urged Beijing to forsake such coercive tactics – and instead choose diplomacy to address its maritime territorial disputes.