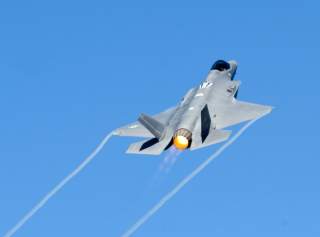 As events in Crimea, Eastern Ukraine and Syria have unfolded, the world has had a chance to see the new Russian defense strategy and force posture in action. Russian President Putin has successfully finessed his country’s myriad of weaknesses – economic, political, demographic and military – in ways that permit him to use coercion and even naked military force against his neighbors with near impunity. Dealing with an aggressive, yet relatively weak Russia poses a far different problem for the West than deterring or containing a rising China.

The discussions of Russian “hybrid” warfare should not obscure an understanding of the extent to which that country has modernized its conventional and nuclear forces and the extent to which it is relying not on gray zone techniques but conventional military forces as the centerpiece of its local aggressions. It is important also to recognize how much Russian adventures in Eastern Europe have rapidly morphed from hybrid operations employing non-traditional means and methods to classic conventional military operations. The recent intervention in Syria was a model power projection operation suggesting that the Russian military was quite capable of limited high intensity conventional operations.

In reality, however, the Russian military possesses only a limited capability for offensive operations.  The units capable of dealing with local conflicts amount in total to some 100-150,000 troops, a mixture of airborne, naval infantry, Special Forces, mechanized infantry and air defense units. These forces could easily be consumed in dealing with a single regional contingency. Military reforms eliminated virtually all skeleton units. This improved the effectiveness and efficiency of the first echelon forces, but left the Russian military with no depth. If the first attacks are not successful, there is no second string to the violin.

Even in a single regional operation, Russian commanders will be highly dependent on the combination of pre-positioned capabilities, rapid decisive strikes by long-range precision conventional weapons, electronic warfare and cyber attacks and high speed movement by select armored formations, airborne brigades and Special Operations units. The goal is to eliminate forward deployed targets, paralyze political and military responses and create new facts on the ground rapidly. Nuclear weapons serve to provide a deterrent against NATO efforts to conduct a counter attack.

Today, NATO needs forces on the ground, particularly in Eastern Europe and the Baltics that can prevent an early, one-shot victory. Russia cannot fight a large-scale or protracted conventional conflict. Nor can it stand nuclear exchange. Therefore, Moscow must be made to realize that it will have no easy, cheap military victories. The risk of escalation must be on Russia’s back.

While many proposals for NATO military responses to the threat of Russian aggression against Europe have focused on the need for ground force deployments in the East, there are other investments that are more important and deserve priority. Here are five that should form the core of a U.S./NATO effort to enhance deterrence and stability in Europe.

First, improved ISR capabilities. NATO deficits in this area are nothing new. Former Secretary of Defense Robert Gates warned NATO leaders years ago regarding the need for greater investments in ISR, both platforms and analytic capabilities. In his testimony before the Senate Armed Services Committee in April 2015, Supreme Allied Commander, General Breedlove argued that Russian military operations over the past year in Ukraine, and the region more broadly, have underscored that there are critical gaps in intelligence collection and analysis. Some Russian military exercises have caught the Alliance by surprise and textured feel for Russian involvement on the ground in Ukraine has been quite limited. NATO has been slow to invest in airborne ISR assets and U.S. capabilities have been drawn away from Europe due to the pivot to Asia and the growing fight against ISIS. In addition, NATO needs to undertake a Manhattan Project to reconstitute the analytic capability to process and exploit intelligence on Russian military forces and operations that once resided in the Alliance.

Second, more NATO air power. Air power is the most flexible military instrument available to the Alliance. Air power will be critical to the destruction of the A2/AD enclaves Russia has built in Kaliningrad and elsewhere.  Western military leaders have acknowledged the need both to improve the equipment available to NATO air forces and to train pilots, ground crews and mission planners for the highly stressing missions involved in air operations in Central and Eastern Europe. One of the most important investments NATO needs to make to improve its air combat power is in logistics and infrastructure.  NATO requires a robust, hardened, dispersed and defended air power infrastructure in Eastern Europe. This is a particularly important goal in light of the investments Russia has made in long-range strike capabilities intended to suppress NATO infrastructure.

It is vitally important that NATO make the move to fifth generation air power. The continuing commitment by the United Kingdom, Canada, Italy, Turkey, the Netherlands and Norway to the international program for the F-35 Joint Strike Fighter holds the prospect for a quantum improvement in NATO’s air defense and strike capabilities. The introduction of the F-35 will constitute a game changer in the balance of air power in Europe.

Third, get serious about building a NATO integrated air and missile defense. One of the most vexing capabilities in the Russian arsenal is its integrated air defense system. NATO needs to develop and deploy a similar capability that will protect critical infrastructure and deny Russia a disarming, conventional first strike capability. The initial step towards this capability has already taken place with the first Aegis Ashore missile defense site going operational in May, 2016 in Romania.  NATO is just at the beginning of the deployment of its European missile defense architecture. But only two sites are planned. In truth, NATO needs a dozen or more such sites, a combination of the Aegis/Standard Missile-3 system and Terminal High Altitude Area Defense batteries. In addition, NATO should invest in a Continent-wide defense against advanced air breathing threats.

Fourth, rediscover electronic warfare. Perhaps it could be true, to paraphrase a former U.S. Secretary of State, that gentlemen do not jam each other’s communications. But the Russians do. Russian operations against Georgia, Crimea and Eastern Ukraine have shown a very sophisticated ability to manipulate and jam private, government and military communications and weapon systems that depend on navigation signals to reach their target. Commander, U.S. Army Europe, Lieutenant General Ben Hodges described the Russian EW capabilities as “eye watering.”

NATO’s EW challenge is not simply technological. Essentially, Western armies got out of the EW game at the end of the Cold War. They returned to the subject, if at all, only insofar as this was part of the effort to counter terrorist radio-triggered IEDs. There is a lack of systems, personnel and concepts of operations to adequately conduct modern EW. This situation must be corrected.

Fifth, modernize U.S./NATO nuclear forces and doctrines. NATO and the United States must accept as an absolute priority the need to recreate a solid, credible and capable escalation ladder which must be clear and have capability at each rung. The U.S. has announced plans to modernize all three legs of its Nuclear Triad. The United Kingdom recently decided to renew its strategic deterrent.

Given the role of nuclear weapons in the Kremlin’s strategy for breaking NATO and destabilizing Europe it is absolutely vital that the U.S. address its technological, operational and strategic shortfalls in tactical and theater nuclear weapons. First, the modernization of the B61 gravity bombs needs to be accelerated. Second, the U.S. needs to consider the deployment of sea-based nuclear cruise missiles. Third, given Russian violations of the INF Treaty and the possibility that Moscow will withdraw from that treaty, the U.S. needs to develop contingency plans for the development and deployment of a new set of intermediate range ballistic/cruise missiles and appropriate warheads. The Kremlin must be convinced that an attempt to de-escalate a conventional conflict through the limited use of precision nuclear weapons will be met with a response in kind.

Ultimately, the challenge posed by the Kremlin is less a function of Russian military capabilities and much more a matter of the seeming lack of political will in the West to defend itself. Increases in defense spending levels by the major NATO nations of a half or even a quarter percent of GDP would unite the Alliance and make clear to Russia that the West will defend itself. The threat Russia poses to NATO is largely a result of the weakness of the latter than the strength or determination of the former.