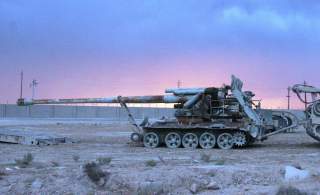 On April 20, North Korea held the Third Plenary Meeting of the Seventh Central Committee of the Workers’ Party of Korea (WPK). The North Korean state media declared the “great victory” for the “WPK’s line of simultaneously pushing forward the economic construction and the building of a nuclear force.” After flattering the achievements of the policy, North Korea stated that it will suspend nuclear and intercontinental ballistic missile (ICBM) tests, while also affirming to no first use, and no transfer of nuclear weapons technologies.

While North Korea’s so-called moratorium could be interpreted as its gesture to not revive tensions, it falls far short of the complete, verifiable, and irreversible dismantlement (CVID) of its weapons of mass destruction (WMD) program. Rather, the announcement was an affirmation of what North Korea has stated in the last several months in its dialogues with South Korea, but more importantly, was essentially North Korea’s unilateral declaration as a “responsible nuclear weapons state” and its preemptive answer to the demands for denuclearization. Any demands outside of North Korea’s recent announcement will either be reciprocated with a flat refusal, or at best, tough negotiations where Pyongyang will make some high-end counterdemands.

From the military capability viewpoint, the moratorium reflects North Korea’s belief that further tests are no longer needed (at least for the time being) to prove the capabilities of nuclear weapons and ICBM developed to date. Indeed, there is credence to this claim. While technological issues concerning accuracy and survivability of warheads still remain, North Korea has demonstrated its ability to fire a missile that can technically reach mainland United States, as well as developing nuclear weapons with significantly large yield.

Pyongyang’s recent announcement also pledged to focus more on “powerful socialist economy and markedly improving the standard of people’s living” and “science and education” to make up for the other half of the byungjin policy. Yet such statements were heard in the past, particularly in 1970 when Kim Il-sung admitted that the excessive military spending in the 1960s had constrained the development of the civilian economy and pledged to focus more on improving the standard of living. Of course, this was nothing but political rhetoric. North Korea continued to devote significant resources to the military while the economy tumbled into failure. Thus, while Kim Jong-un has pushed forward with infrastructural developments—and has even embraced some market activities—the military will continue to have central presence in the state economy.

But the greater uncertainties rest in what was not mentioned in the recent announcement. In particular, the moratorium is a blessing for North Korea because it allows Pyongyang to spend more on the Korean People’s Army (KPA). In this context, at least four areas warrant attention.

First, the moratorium on tests would allow North Korea to focus more on building the stockpile of proven WMD technologies. Pyongyang announced the closure of the Punggye-ri nuclear testing facility but made no mentions to the production of fissile material, nor ICBM. Hence North Korea may honor its moratorium on tests for the time being, while its WMD stockpile grows.

Second, Pyongyang’s announcement made no references to anti-ship ballistic missiles (ASBM), submarine-launched ballistic missiles (SLBM) or short-range ballistic missiles (SRBM). Moreover, the recent statement made no mention of engine, missile ejection (for SLBM) or reentry vehicle nosecone tests. Givenn that North Korea is still in the early stages of the learning curve with its ASBM and SLBM, the moratorium would allow Pyongyang focus on developing its ASBM, SLBM, and SRBM capabilities—that pose a great threat to South Korean, Japanese and U.S. forces in the area.

Third, strengthening the conventional capabilities would be high on the KPA’s agenda to better integrate the WMD capabilities into the its overall readiness while enhancing anti-access and area-denial capabilities. Indeed, North Korea’s air and naval capabilities are dated and weak, but the construction of surface-effect ships, corvettes, electronic warfare systems antiship and antiaircraft missiles have yielded results in recent years. Despite the resource and technological constraints in acquiring high-end systems, North Korea has always pursued to enhance the KPA’s hybrid-warfare capabilities through the utility of various existing and indigenously upgraded platforms. Thus, one can expect Kim Jong-un pay greater attention to the conventional capabilities in the coming years to “complete” KPA’s force structural readiness.

Fourth, North Korea will also try to address the problems in the KPA’s operational readiness. Despite the hardware developments, the KPA in recent decades has suffered critical problems in logistics and supplies, maintenance, training, as well as welfare of personnel. Such problems not only corrode the KPA’s readiness for large-scale operations, but also threaten the integrity of the military—that would be critical for the leadership’s survival. Although full remedies are few and far between, Pyongyang will nevertheless attempt to do what it can to attain maximum level of operational readiness and integrity of the KPA.

For North Korea, the military is the only sector that can function as an effective leverage against the United States and its allies while keeping the regime intact. Since the 1960s, North Korea has built the military under the auspices of the “line of self-reliant defense” that aims to establish a cadre-based military, modernize the entire KPA, establish a cadre-based military and nationwide fortification. The doctrine aims to strengthen the readiness of the KPA while enhancing the leadership’s control over the military. Even for WMD, North Korea has been working on the development of ballistic missiles and nuclear weapons since the 1960s, and even built a command within the KPA known as the Strategic Force. Given that North Korea has only started to genuinely reap the benefits of its military capabilities, it would no sense for Pyongyang to unwind the developments to date.

Indeed, North Korea has expressed its willingness to discuss denuclearization, on the condition their security is guaranteed. But for North Korea, this means the whole shebang—peace treaty, decoupling of the U.S.–South Korean (and even the U.S.-Japanese) alliance, withdrawal of American forces from Korea and Japan, and U.S. disarmament. Naturally, such an arrangement is only advantageous to North Korea, while exposing South Korea and Japan to greater uncertainties.

Without doubt, the recent announcement by the North Korean leadership is a step forward. But North Korea’s guns are still facing in the same direction. As long as the regime stays in power, they will pursue ways to enhance their military readiness to achieve their strategic ends. Against this backdrop, it is essential for the United States, South Korea and Japan to sharpen their deterrence measures to demonstrate to North Korea that any bellicose action will be met with the harshest consequences. At the same time, it is critical to note that while the “military option” has its place, preemptive or preventative strikes on North Korea must not be viewed as an easy or the most plausible option. This is not only because South Korea and Japan will bear the brunt of North Korea’s retaliatory measures, but also because of the challenges in effectively incapacitating Pyongyang.

We therefore face more questions than answers, particularly when one considers North Korea’s style of diplomacy. Going forward, it is essential to formulate and execute viable, well-coordinated multilateral strategies between the United States, South Korea and Japan. The inter-Korean and U.S.–North Korean summits will serve as the critical first steps, but we must be prepared for the long-haul to ensure sustainable peace and stability on the Korean Peninsula.