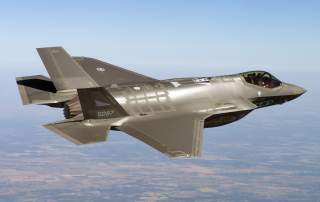 France will take the lead in developing what might be a sixth-generation fighter in a joint program with Germany.

The French Defense Ministry made the announcement this week, as reported by numerous outlets. Paris further announced that work on the plane will begin this year, starting with a study phase. The plane is being jointly developed as the successors to France's Dassault Rafales and Germany's Eurofighters. Both of those planes are often referred to as 4.5-generation fighters. It is expected to be operation around 2040.

French president Emmanuel Macron and German chancellor Angela Merkel first agreed to explore developing a fighter jet together during a joint cabinet meeting held in July of last year. The move was intended to signal greater European unity following the Brexit vote as well as reduce the inherent competition between European firms. “Today, there are too many European standards and qualifications, and sometimes there is competition among Europeans internationally," Macron said at a joint press conference with Merkel in July 2017.

Besides the political symbolism, pooling resources together makes sense as the costs of developing high-tech fighter jets are increasingly beyond the means of most European nations. It is of course not a new idea as the Typhoon was developed by the Eurofighter Consortium consisting of Britain's BAE Systems, Italy's Leonardo as well as Germany and Spain’s Airbus.

Following Merkel and Macron’s July 2017 announcement, the two sides set to work identifying the major requirements needed in any future fighter jet. The two sides signed a ten-page common requirements document outlining these capabilities on the sidelines of an air show in Berlin in late April of this year. According to German defense sources who spoke to Reuters, the requirements the two sides agreed upon included that the plane needed to be able to operate on its own, command a squadron of other weapons such as drones, and the ability to carry out both offensive and defensive missions. At the time of that report in April, the two sides had not decided whether to develop only manned versions of the plane or unmanned ones as well.

The original joint agreement was signed between Airbus and Dassault. With France being given the lead, it is likely that Dassault will be in charge of the effort. The plane will be the first stealthy plane developed by a European country, although of them will fly America’s F-35 Joint Strike Fighters. In earlier discussing potentially fifth-generation fighters, Airbus released a promotional video describing some of the capabilities it envisioned. These included, according to Sebastien Roblin, “low-observable characteristics to allow penetration of hostile air defense systems; powerful sensors including a synthetic aperture radar capable of identifying enemy targets; and data fusion of sensor data with friendly forces.” While these capabilities are reminiscent of fifth-generation fighters, the joint fighter jet is likely to go far beyond them. In the same presentation by Airbus, it described the new plane as having “the ability to manage stealthy drones deploying both kinetic payloads and electronic warfare systems—a concept known as manned-unmanned teaming. Other technologies mooted at various points include laser weapons, advanced cybersecurity to protect against hacking and AI-assisted piloting aids.”

After the announcement that France would be spearheading the effort, Dassault Chief Executive Eric Trappier said, “Developing a future multi-role combat aircraft for France and Germany integrated in a weapons system network is a major issue for Europe’s strategic autonomy.” To that end, at some point Paris and Berlin are likely to reach out to other countries in Europe about joining the program. This will almost certainly include British firms like BAE systems, and possibly Italian ones. The Swedish firm Saab, which is the designer of the JAS 39 Gripen, could also be included to enhance the political buy-in on the plane. Earlier this year, France’s Armed Services Ministry had said: “Today, the priority is that the Franco-German link be solid before starting to open it up to other partners.”

France has already been teaming up with Britain on a technology demonstrator of a future combat drone. The two sides agreed to invest roughly $2 billion into this effort. There is some hope that the two programs can complement each other. “In parallel, we will continue the Anglo-French work which complements the Franco-German project; and we will see, when the work has reached sufficient maturity, how to integrate that into the [the France-German] project,” France’s Armed Ministry said. On the other hand, some believe the British-French project has mostly stalled following London’s decision to leave the European Union.

In addition to France taking the lead on the fighter jets, Paris and London agreed that Germany would be in the driver seat in developing a new battle tank. The first phase of that program is expected to begin in the middle of next year, with the hope of having an operational tank in 2035. Among the other agreements this week, Germany and France signed deals to develop a joint artillery system and launch a military satellite.