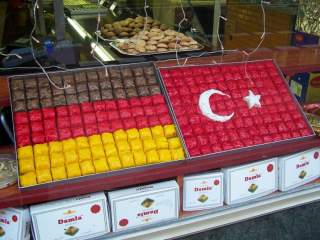 Germany’s relationship with Turkey has never been so fraught. Diplomatic relations between the two countries have gone from bad to worse with little improvement in sight. The most recent cause of tension came on August 15 when a classified interior ministry memo was leaked describing the Erdogan government as a “central platform” for Hamas, Egypt’s Muslim brotherhood, and Islamist groups in Syria. While these claims aren’t new in the international arena, the German government desires to keep up the appearance of diplomacy with Turkey. As if to underscore the awkwardness of the situation, Germany’s foreign ministry distanced itself from the interior ministry’s analysis, claiming it hadn’t been consulted.

Germany’s political contortions result from Angela Merkel’s attempts to maintain the EU-Turkey agreement signed earlier this year to stem the flood of Middle Eastern refugees.    Many in Germany suspect that this is why Merkel acquiesced to Erdogan’s demands this past April that a German comedian who in Germany mocked the Turkish president be prosecuted by German courts. Many Germans see this as not only a challenge to German freedom of speech but also an accommodation of growing Turkish authoritarianism.

Turkish authorities responded to the leaked document with outrage, threatened to sue the German government, and claimed that Germany and other Western leaders had failed to support Erdogan after the attempted coup on July 15. Knowing the refugee deal hangs in the balance, Turkey is also proposing to overturn it if Turks are not granted visa-free travel in Europe. Ostensibly, that’s a tall order for Europe’s politicians given the recent wave of high-profile terrorist attacks and the ongoing border dispute between Turkey and Syria. With little other solution available on the refugee crisis, Merkel and other European leaders are reluctant to overturn the deal—even though Turkey looks less and less fit for partnership.

More concerning than the diplomatic relationship is the fear of how this worsening spat will play out among Germany’s large Turkish population. After the attempted coup against Erdogan, around 40,000 German-Turks in Cologne—some second- or even third-generation—flew the Turkish flag and demanded support for Erdogan from German leaders. Germany denied Erdogan’s requests to address the crowds by video, igniting another series of barbs between Ankara and the German diplomatic mission.

The struggle raises two concerns: (1) the integration of minorities into mainstream German life and culture, which is still a major goal and emotional challenge in the aftermath of the Second World War, and (2) the promotion of moderate Islam and community policing in light of recent terrorist attacks. The integration of Germany’s Turkish population is a longstanding concern for the German government, and its failure to date was underscored when Merkel declared that “multikulti” was dead.  With the real peril of radicalized lone wolves in Europe, the pressure to integrate minorities at home is growing—especially because the many refugees from other Arab and Muslim countries should view Turkish Germans as an example of successful integration.

Germany is attempting to tackle these challenges simultaneously. It’s considering measures from a ban on burqas to outlawing dual-citizenship, both of which are controversial. Germany’s citizenship laws are old fashioned, largely based on the Blut und Boden (blood and soil) concept of ethnic nationalism. Part of the reason Germany held onto this system after the Second World War was to allow ethnic Germans from remote parts of Eastern Europe and Russia—a relic of the distribution of Germans going back to the Holy Roman Empire—to apply for German citizenship in the face of an anti-German backlash in those regions. The definition of German Staatsangehörigkeit (nationality) was eased when the Bundestag passed a law in 1999 opening the path to citizenship for children of foreign-born parents, if one had permanent residence status and lived in Germany for eight years. It was also loosened in 2014 to allow the children of immigrants born in Germany to gain dual German citizenship. Many in Germany question whether a move back toward single citizenship would enhance physical safety and bolster domestic loyalty. Advocates of the law view it as a message that the German government is serious about defending German and Western values.

The same argument applies to the burqa ban, although in this case the need for such a law is even weaker. Germany is considering a ban on veils that cover the face, yet as the Washington Post points out, the government has almost no data on the number of Germans who do—and the number is likely in the low hundreds. The threat from this small group is so minor that the law seems more symbolic than substantive. Importantly, a burqa ban doesn’t address the large swath of German-Turks who primarily identify as Turkish. Nor is it likely to materially impede radicalization. By trying to tackle both integration and radicalization concurrently, Germany’s proposed laws will effectively solve neither.

As always, politics is playing a major role in the debate. Germany’s conservatives are seeking to head off a threat from the populist and anti-immigrant party Alternative für Deutschland (Alternative for Germany—AfD), a growing force likely to win big in the next round of state elections. Merkel herself addressed the prospect on August 23, announcing that Germany expects German-Turks to have a “high degree of loyalty” to the German state. This is quite a delicate issue. Indeed, it has not been discussed much since the end of the Second World War. One German op-ed writer correctly diagnosed the problem by arguing, “the concern is not so much the high degree of loyalty but rather the lowness of it.” Germans of immigrant background don’t need to identify strongly as German. Rather they must agree to baseline rules and values that define modern Germany.

Germany’s conservatives are also shortsighted. Even if Merkel’s party doesn’t lose its governing majorities to the AfD this time, it may well lose in the end because it haven’t developed effective solutions to real problems. These problems include an increasingly hostile neighbor run by an Islamist-supporting dictator, large numbers of newly-arrived refugees with little knowledge of Western mores, and an increase in homegrown radicals who wish to carry out attacks. Challenges, such as these, can only be met with targeted, well-researched solutions, strong political will, and the freedom to discuss an issue once considered too delicate to touch: what it means to be German.

Martha Simms received an MA from Johns Hopkins SAIS in European Studies in 2014. She previously worked as a staffer in the German parliament. She currently works at the John Hay Initiative as Director of Operations, and has published articles in Politico, the Atlantic, the Cipher Brief and the Weekly Standard.

Image:  Baklava in the colors of the German and Turkish flags, in a shop window in Düsseldorf, Germany. Photo by Jérôme, CC BY-SA 3.0.