Get Ready, America: Are China and Japan Destined for War? 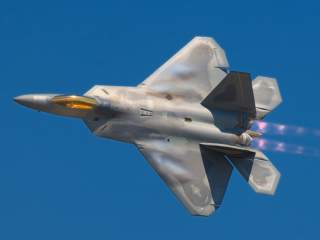 While your Twitter and Facebook feed these days might be filled with stories about Iran, North Korea and ISIS, as well as the South China Sea, 2016 could be the year of a deadly clash between China and Japan—and the stakes could not be any higher for the United States.

A recent article in Foreign Policy sets the stage for such a clash—and shows how America could get sucked in. After a relatively peaceful year—if such a thing exists in the East China Sea—Beijing and Tokyo are once again warning each other to back off claims over the Senkaku/Diaoyu Islands. With the rhetoric heading up, Foreign Policy reporters Dan De Luce and Keith Johnson headed over to the Rand Corporation for a war game that pitted China vs. Japan and eventually the United States. In the simulation, Tokyo’s treaty ally pledged to defend the island nation, including the disputed islands, from attack.

The scenario for the wargame was frighteningly realistic to say the least:

“A group of renegade Japanese ultranationalists wade ashore on a barren islet they call Uotsuri-shima. It’s the largest of a cluster of uninhabited and uninhabitable rocks known as the Senkakus, or the Diaoyu in Chinese, the unlikely locus of a long-running territorial dispute between Tokyo and Beijing. The activists plant the Japanese flag, declaring that the islands are inalienable Japanese territory; their YouTube video threatens the Chinese navy with destruction if it dares to seize the islands.

“Caught off guard, Tokyo is slow to respond, but eventually disowns the ultranationalists and their stunt. By then, though, China has condemned the move as a hostile act and has dispatched armed coast guard and naval vessels to the relatively shallow waters around the Senkakus. Chinese marines arrest the 14 activists and vow to bring them back to China for prosecution.

“The next day, the Japan Maritime Self-Defense Force is dispatched to the area, accompanied by a squadron of Japanese F-15 fighters. China maintains its naval ships around the islands and insists that it will not withdraw from the area. As the two militaries appear headed on a collision course, Tokyo informs Washington that it is finally invoking the mutual defense treaty the two nations have had since 1951. Now the White House has a decision to make.”

While it is well worth your time to read all the twists and turns, here is the ultimate of spoilers:

“The United States sends humanitarian aid and disaster-response teams to Japan to bolster its homeland defense and dispatches the carrier at a safe distance in flight range of the Senkakus. It also launches targeted, precision strikes on a handful of Chinese missile sites on the coast, clearly explaining to Chinese leadership the limited nature of the measures.”

And into hell we descend:

“U.S. missiles rain down on the Chinese homeland; Japanese commercial freighters explode on the high seas; China’s shiny new navy is quickly shrinking under relentless undersea attacks. In reprisal, Chinese forces obliterate Kadena Air Base on Okinawa and take a potshot with a carrier-killer missile at the George Washington, damaging it and forcing it out of the area. The casualty toll is appalling on all sides, with thousands dead.”

Feel a sense of déjà vu, National Interest readers? It seems good minds think alike, as I explored a very similar scenario back in June of 2014:

“Picture it: It's March 1, 2015. Tokyo and Beijing are headed towards what was once the unthinkable.

“Over the last several months China has instituted daily non-naval maritime patrols around the hotly disputed Senkaku/Diaoyu islands. Beijing is even sending fully-fledged naval assets within the islands' 12 mile exclusion zone while its aircraft carrier, the Liaoning, exercised only 50 miles away from the islands back in February — truly the end of Beijing's small-stick diplomatic strategy.

“But on 1 March the plot thickens. Two Chinese SU-27 fighters come within 25 feet of a Japanese P-3 Orion surveillance plane just 10 miles west of the Senkakus (sound familiar?). The Japanese pilot gets nervous. A slight tweak at the controls and the Japanese plane collides with one of the Chinese fighters. Both aircraft crash into the ocean, with no survivors.

"Naturally each side blames the other. Beijing accuses the Japanese pilots of violating Chinese sovereign airspace and violating its Air Defense Identification Zone, or ADIZ. Japan claims the Chinese pilots acted recklessly, flying so close. The media in both countries fan the flames of nationalism. Just 72 hours later, a group of twenty Chinese nationals land on one of the disputed islands under the cover of darkness. Rumors swirl that Beijing knew of the voyage but did nothing to stop it. A Japanese naval task force carrying a small detachment of soldiers is dispatched. Their goal: remove the only residents of the disputed five-island chain.

“Beijing threatens force if its citizens are harmed. As Japanese naval forces come within 20 miles of the islands a Chinese J-10 fighter jet buzzes the task force. On its second pass it comes dangerously close to a Japanese destroyer. In a perceived act of self-defense, the destroyer shoots down the aircraft.

“Hours later, as Japanese forces begin operations to remove the Chinese nationals from the Senkakus, Beijing fires a warning shot, a DF-21D or “carrier-killer” missile which hits the ocean just 10 miles away from the Japanese task force. Undeterred, Japanese forces press ahead. Domestic pressure on Chinese leaders becomes intense. They feel they have no choice but to escalate, launching a massive saturation strike with ballistic and cruise missiles against the Japanese task force. Three vessels are hit with heavy loss of life. Global media coverage of the burning hulks and bodies in the water reaches a fever pitch. Prime Minister Abe urgently phones President Obama formally requesting America's help under the terms of the US-Japan alliance — a 3am call no president would ever wish to receive. War in Asia seems imminent.”

So what to make of all this crazy block quoting? Simple: a conflict in Asia—which would make problems like ISIS seem like mere child's play—is only an incident away. And make no mistake about it, such a conflict, considering that the United States and China are armed with nuclear weapons, would be a frightening affair. Food for thought as we contemplate other pressing national security challenges—for if Asia was ever to be engulfed in the flames of great power war only bad things would result, with millions of lives in the balance.

Harry Kazianis (@grecianformula) is the former Executive Editor of the National Interest. He presently serves as Senior Fellow (non-resident) for Defense Policy at the Center for the National Interest as well as a Fellow for National Security Affairs at The Potomac Foundation. All opinions are his own.