Get Ready: Could China and Taiwan Be Headed towards a Crisis in 2016? 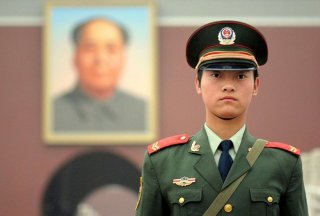 With the high likelihood that Taiwan's Democratic Progressive Party (DPP) will regain the presidency in the January 2016 elections, many analysts have predicted a return of tensions in the Taiwan Strait after eight years of relative stability under the Chinese Nationalist Party (KMT) administration of President Ma Ying-jeou.

Whether a DPP victory in those elections would indeed mark a return to hostilities will be largely contingent on how Beijing reacts to this likely development.

From the outset it's important that we clarify what the DPP under its Chairperson and presidential candidate, Tsai Ing-wen, is not. Unlike her predecessor Chen Shui-bian, who served two terms from 2000-2008, Tsai has taken a more subdued approach to cross-strait relations. She has chosen instead to focus on domestic matters and to consolidate the nation. When pressed to explain her cross-strait policies, Tsai has adopted a more centrist position than her predecessor by vowing to maintain the 'status quo' under the current constitutional framework of the Republic of China (ROC) and to seek continuity in the relationship with Beijing.

In other words, despite the alarmism in some circles, Tsai will not suddenly declare de jure independence for Taiwan, an act that Beijing has made clear would provide 'justification' for the use of force.

Moreover, by avoiding the issue of the 'independence clause' in the party charter and instead using the Resolution on Taiwan's Future, which states that the ROC/Taiwan is already an independent state as her basis for Taiwan's relations with China, Tsai was signaling that she did not intend to make cross-strait relations a major factor in her campaign.

Tsai's China policy therefore looks rather similar to that of the KMT's Ma, who throughout his presidency made the 'status quo' a principal pillar of his own China policy. Tsai and Ma nevertheless differ in one key aspect, and that is the controversial '1992 consensus,' of which its 'one China' clause is unacceptable to her DPP constituents. Still, Tsai has promised the continuation of constructive relations with China – in other words, she is giving precedence to substance over technicalities such as the 'platform' on which cross-strait dialogue will occur.

Despite the criticism heard in the more conservative wing of her party, who accused her of engineering the 'KMT-ization' of the DPP, Tsai is currently at the apex of her power, with opinion polls showing a comfortable lead against the KMT candidate or any combination of opponents.

If the KMT was to have any chance of defeating Tsai, it would have to field a formidable candidate, someone who has the ability to harness the forces of a society that is increasingly assured of, and vocal about, its Taiwanese identity, as the Sunflower Movement made perfectly clear in March and April 2014.

Instead, the KMT picked (and on July 19 confirmed) Hung Hsiu-chu, the deputy legislative speaker whose China policy, as it is understood, seems to go against all the trend lines in society. Hung's views on China and Taiwan are such that a number of KMT legislators – from both the 'mainlander' and 'Taiwanese' factions – threatened to quit the party, while others openly criticized it and as a result were expelled.

Seeing a crisis in the making, party elders of the KMT did their best to convince Hung to tone down her rhetoric, an intervention which became necessary after she stated her espousal of a 'one China, same interpretation' (一中同表) policy that not only contradicted the official KMT position of 'one country, different interpretations' (一國兩憲), but seemed to echo Beijing's position on the matter. Her announcement that, if elected, she would sign a 'peace agreement' with China and possibly end arms procurement from the U.S. alarmed many people within the KMT, not to mention within the rest of Taiwan, while her flip-flopping on whether the ROC existed – Hung initially said that recognizing the ROC would create 'two Chinas,' which was 'unacceptable' – raised eyebrows in many circles. After being pressured by party members, Hung eventually reverted to the KMT's favored 'one China, two interpretations' and 1992-consensus formulas, while proposing a 'one consensus, three connotations' (一個共識，三個內涵) platform and assuring us that she would press Beijing to recognize the legitimacy of the ROC Government.

Hung had nevertheless revealed her ideological foundations and it was difficult to imagine that the apparent softening of her stance wasn't anything more than a tactic to reassure the public ahead of the election.

Although Hung is perfectly entitled to her views in democratic Taiwan, they are nevertheless a problematic position to adopt prior to January. The fact that her beliefs seem to be diametrically opposed to the consensus that has been built across Taiwan, and that they dovetail so perfectly with the position of the authoritarian regime on the other side of the Strait, is probably enough to ensure defeat for the KMT, which currently finds itself in a state of crisis.