Get Ready: How We Wage War Is About to Change Dramatically 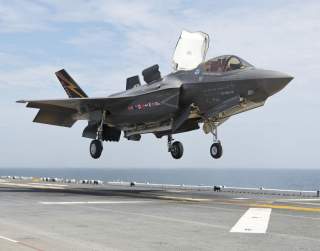 The Washington-based Center for Strategic and Budgetary Assessments (CSBA) recently released a couple of reports that should be required reading for anyone thinking about future force structures. Although looking at different domains—one concerns itself with air combat and the other sea power—there are some common threads that are worth understanding before committing tens of billions of dollars on future forces.

John Stillion’s Trends in air-to-air combat looks at air combat in ‘the missile age.’ From trends in air-to-air kills since the 1960s, Stillion shows that the ‘traditional’ strengths of maneuverability and speed required for air-to-air combat are increasingly being trumped by long-range sensors and weapons. Instead, he argues that a combination of low observability, situational awareness through powerful sensors and long-range weapons that can take advantage of that sensor range will be decisive factors in the future.

In one way that ought to comfort Australian air power planners because those are exactly the attributes designed into the F-35 Joint Strike Fighter (although it should also be a handy aerodynamic performer). But the F-35 isn’t a long-range, high endurance platform. The CSBA study describes a possible convergent evolution of future ‘fighter’ and ‘bomber’ aircraft, in which both are large enough to be able to traverse large distances (to keep their bases safe) and to carry large weapon and sensor payloads in order to deliver their terminal effects from stand-off ranges. By so doing, the need for supersonic performance and high manoeuvrability could disappear, with considerable benefits for designers—and maybe even a step back down the historical cost curves that have been relentlessly driving down fleet sizes and increasing fleet ages.

In the maritime environment, CSBA’s Andrew Krepinevich has a look at the impact of long-range sensors and weapons for surface fleet operations in his report Maritime competition in a mature precision-strike regime. As we contemplate here in Australia our future surface fleet needs, it should be sobering reading. Krepinevich takes the view that the recent past—‘an aberration since the Cold War’s end’—in which the US had almost uncontested control of the seas and a near-monopoly on high-precision weapons was unrepresentative of the future:

“For over two decades, the U.S. military has enjoyed a near-monopoly in precision-guided weaponry and their associated battle networks. Recently, however, the proliferation of these capabilities to other militaries and non-state entities is gathering momentum.

The extended period during which the U.S. military has enjoyed a major advantage in this aspect of the military competition suggests it may be slow to appreciate the progressive loss of this advantage.”

He suggests that ‘anti-access/area denial’ systems, including land- and littoral-based missile systems are simply becoming too effective for surface ships to safely operate in their vicinity, creating a maritime ‘no man’s land’. I’ve made similar points, and in talks I’ve referred to future ‘bubbles of maritime hegemony’ around any technically proficient power. Krepenevich calls them ‘bastions’, but it’s the same idea.

At the recent ASPI Future Surface Fleet conference, I made the prediction that future maritime power projection into such regions would be based on drones and submarines rather than surface task groups. Krepenevich’s prescription is similar, though he adds cyber-strike to the mix:

"The fleet’s ability to [operate in contested environments] will be influenced greatly by the range and stealth of its strike systems, by its ability to counter the enemy’s C4ISR systems—its battle network—that supports its weapons, and by its ability to survive an attack.

… submarines (especially nuclear-powered submarines) are likely to be one of the few naval assets (in addition to extended-range missiles and long-range carrier aircraft) capable of operating at acceptable risk in the maritime no man’s land and penetrating the enemy’s A2/AD defenses.”

There’s a lot more in this important study, and interested readers should find an hour to read it in its entirety. It’s important to note that the report doesn’t discount a future role for major ships—but it’ll be a significantly different one involving large stand-off distances and the deployment of sub-systems that deliver the intended effects, much as in the air picture Stillion describes.

A point that really struck me was Krepenevich’s observation that at times of significant technological development, the powers most at risk of being on the wrong side of the new weaponry are those that have invested heavily in the old forces—and thus have more institutional inertia and probably less ability to be innovative. Australia’s currently spending something like $20 billion on a first class tactical aircraft capability. And we’ll likely spend at least that on the replacement for the Anzac frigates, to join around $10 billion worth of Air Warfare Destroyers. We’re placing a $50 billion bet that the technologies that have provided best value in the past few decades will continue to do so. We better hope we’re right.

This piece first appeared in ASPI’s The Strategist blog here.