Get Ready, Japan: Russia Has Its Own Island-Buildup Project 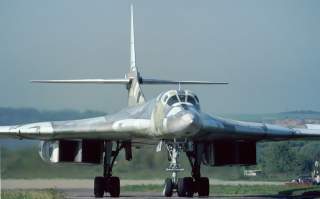 China isn’t the only country embarking on an island-building campaign on disputed territory.

On Thursday, Russian Prime Minister Dmitry Medvedev reaffirmed that Russia will launch a civilian and military build-up on the Kuril Islands, which Japan also claims.

"We’re restoring both the civilian and defense infrastructure of the Kurils," Medvedev said, according to Russia’s state-owned media.

Medvedev went on to explain that this initiative would be led by the Russian armed forces and Defense Ministry. "The Armed Forces, and the Defense Ministry of Russia are dealing not only with the military but also with the civilian component," the Russian premier said.

Medvedev also announced that he will be visiting the Kuril Islands shortly. "I am planning to go there and have a look how matters stand there,” he said. He further encouraged other Russian cabinet members to visit the islands.

The decision to build up the islands’ infrastructure, as well as have the Russian prime minister and other cabinet members visit the Kuril Islands, is likely to set off tensions with Japan. Tokyo has long claimed the islands, and previously occupied them under the terms of Russia and Japan’s first bilateral treaty, the Treaty of Shimoda, signed in 1855. Soviet forces seized the islands in the waning days of WWII, and Russia and Japan have technically remained at war ever since over the dispute.

Medvedev has a history of placing special emphasis on the Kuril Islands. Indeed, when he was the president of Russia back in October 2010, he visited the Kuril Islands, the first time a Russian or Soviet leader had elected to do so. Medvedev’s trip to the Kuril Islands was followed by other senior Russian officials, including the defense minister, visiting the islands. Naoto Kan, Japan’s prime minister at the time, characterized these visits as “unacceptable rudeness,” and Ruso-Japanese relations deteriorated accordingly.

For a brief time period after Vladimir Putin reassumed the Russian presidency and Shinzo Abe became the Japanese prime minister again, it appeared that Moscow and Tokyo might resolve their long-standing dispute over the Kuril Islands. In April 2013 Abe even traveled to Russia for a summit with Putin, at which both leaders directed their government to work towards a resolution to the dispute.

This peace initiative, while promising at first, was derailed when Japan sided with the United States and Europe over Russia’s actions in the Ukraine. Since then, Russian-Japanese tensions have been rising steadily.

In fact, some even connect Russia’s new initiative to build-up the Kuril Islands as a response to Abe’s decision to visit the Ukraine last month. During that visit, Abe declared his support for President Petro Poroshenko.

In discussing the new initiative on Thursday, however, Medvedev said building up the Kurils was necessary to protect Russia’s frontiers. “It is necessary to join efforts, all the more so as the islands performed and will continue performing not only the usual function but also the function of protecting our frontiers. That is why, special attention is paid to the units of the Russian Armed Forces present there”

Medvedev also said the new initiative would help encourage more people to move to the islands, while also improving the lot of the people already living there.

“The purpose of the new program is to improve the living conditions on the islands, as much as possible, in order to attract people to the region, to ensure those who already live there with jobs, and provide all the necessary social infrastructure such as kindergartens, schools, medical facilities,” he said.

Russia has been discussing trying to build up the Kuril Islands’ social development for some years now, and Russian Defense Minister Sergei Shoigu announced an acceleration of these efforts last month.