Get Ready, Russia and China: America's Next Fighter Jet Will Dominate the Skies 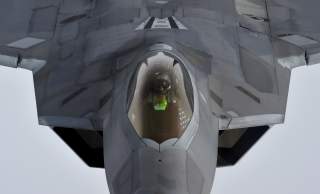