Get Ready, Russia and China: The U.S. Military Has Big Plans to Sink the World's Navies 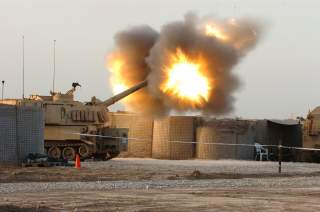 The Navy previously talked about developing longer-range precision rounds to fire from the 5-inch guns on surface ships, further enhancing its ability to destroy enemy targets on land; one such possibility under consideration is a maritime variant of the GPS-guided 155m round known as Excalibur, however in recent days the Navy has not specified which, if any, precision round the service may be considering for deck-mounted guns.