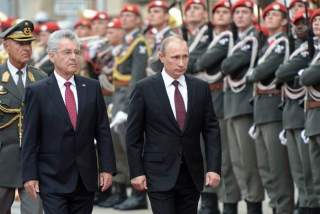 This was not how the July Crisis was supposed to end: for weeks Berlin had wholeheartedly supported its Austro-Hungarian ally in the belief that a conflict, if it came, could be confined to the Balkans. Now a general European war between the Central Powers and Russia and France was unavoidable. On August 4, the British Empire's 400 million subjects joined them.

The reasons for the division of Europe into opposing armed camps were many.

But, as the best new research on the war's origins - and in a sea of timely publications, Christopher Clark's The Sleepwalkers and Margaret MacMillan's The War that Ended Peace stand out - shows, one of the most striking features of European diplomacy in the lead-up to the First World War was the declining ability of other powers to credit the strategic interests of the great power - Austria-Hungary - that would eventually plunge the continent into war.

This collapse of sympathy for the Habsburg Dual Monarchy - the “corpse on the Danube,” as its detractors called it - was especially pronounced on the part of Britain, a power that had otherwise few reasons to fall out with Vienna and many to maintain its traditionally friendly posture: with a strategic location in central Europe, Austria had been a useful lever against France; and the Habsburgs shared London's overriding interest in forestalling Russian designs on the Straits and their Balkan approaches.

France, too, until Bismarck's German empire dragged its attention back to Europe, worried about Russian designs on Ottoman Turkey. In the Crimean War, Britain, France and Austria worked together to prevent its destruction.

By 1900, however, France, infatuated with its Russian ally, was increasingly deaf to Austria's interests, most fatefully in the Balkans, where French armaments firms were increasingly out-competing Austrian ones - and where, during the July Crisis, Paris gave St. Petersburg unfailing (if not recklessly provocative) diplomatic support.

Between 1900 and 1914, German industrial and military power grew with leaps and bounds. And both liberal Britain and Republican France might have found in an aristocratic, but far from autocratic, Austria a useful counterweight - if not as an ally, then at least in preserving Vienna as an independent pole in the European state system.

Instead, a certain closure of Anglo-French imagination pushed Austria-Hungary into a growing reliance - indeed, dependence - on neighbouring Germany, a power that had humiliated it on the battlefield in 1866, and destroyed, for the sake of its own unification, Vienna's centuries-old leadership of the German states.

Despite the differences that remained between them (Austrian diplomats often found German diplomacy provocative and ham-fisted), the marriage of convenience proved surprisingly strong and effective: inferiority in manpower and industrial production notwithstanding, the Central Powers came close to winning the war (see now Alexander Watson's Ring of Steel).

Today, as China's growing power draws America ever deeper into a great-power standoff in East Asia, the West's tone deaf policies in Western Eurasia risk midwifing a Sino-Russian alliance of the contained and sanctioned - a 'Central Powers 2.0' on a hemispheric scale.

For the more the West isolates Russia, the more Moscow's "axis of convenience" with Beijing will become one of substance, if not dependence. As Ali Wyne, arguing from the other side of the table in The Strategist, has put it:

By further isolating itself from the West, Russia has given China even more leverage in their already asymmetric relationship. China increasingly regards Russia as a declining power, not a strategic partner. To stay in its good graces, Russia will feel compelled to supply China with energy, weapons systems, and other vital commodities at discounted prices. Add diplomatic subservience, and this won't be great for Russia.

But whether you blame the West or Russia for their estrangement, it nonetheless represents an opportunity for a huge increase in potential Chinese power. The geopolitical fallout from the EU's courtship of Ukraine could deliver the world's most destructive nuclear arsenal and the hydrocarbons and minerals beneath one sixth of the earth's land surface into the lap of the Chinese Communist Party.

From competition for power and influence in Central Asia (already becoming a Sino-Russian condominium) to the worrying demographic imbalance on either side of their long Siberian border, there's plenty to pull Moscow and Beijing apart.

But if pushed together, on almost every measure of potential power, Russia and China would be a formidable combination.

As Chinese power grows, therefore, it makes sense for the West to ensure that a cooperative relationship with Russia remains possible. Yet the enactment of sanctions could sour relations for decades to come.

In four centuries, Russia hasn't yet reached the view that Ukraine is peripheral to its interests.

During the July Crisis a century ago, Austria-Hungary and its powerful ally ultimately decided that, despite the risks, the defense of interests that other powers discounted justified the actions they adopted. The Central Powers lost. But the price the Allies paid for victory was high.

The Second World War was about many things, but one of them was the nigh impossible decisions the Allied peacemakers had made when, faced with maddening historical, ethnic, linguistic and folkloristic arguments, they dissected the Austro-Hungarian corpse.

Even in defeat, Austria-Hungary is a powerful warning of why the West should avoid pushing too gleefully on the Russian door. From Grozny to Vladivostok, via Muslim Tatarstan, Buddhist Tuva and neo-animist Yakutsk, a Russian implosion would create an even greater nightmare.

Whether as an ally of an increasingly assertive, authoritarian China, as a source of Chinese energy and resources, or as a failed state, therefore, Russia and its 21st century geopolitical disposition is of critical interest to every Western government - especially if, in the same way Ottoman Turkey threw its lot in with last century's Central Powers, an isolated and embittered Iran joins them.

A course of action that sets out to contain or sanction the better part of Eurasia is likely to fail.

When Vienna's sternly-worded ultimatum to Serbia came, London couldn't understand the political and strategic considerations that had shaped it - to Churchill, "the most insolent document of its kind ever devised." In its humiliating conditions, London saw a thinly veiled declaration of war on Belgrade - though, as Clark notes, Vienna demanded a less substantial surrender of Serbian sovereignty than NATO's 1999 ultimatum over Kosovo.

Fostered by years of indifference to Austrian interests, London's incomprehension was largely hypocritical, of course. For centuries, the British Empire had grown as a result of colonial infractions far lesser than the assassination of an archduke.

Our perspective on events is rarely neutral, but its consequences far-reaching.

After a more than decade of war against "rogue states" in Afghanistan and Iraq, the West might better appreciate today Vienna's determination to crush the state-sponsored terror that, modern research now shows, had slipped its fingers about the levers of power in Belgrade.

Of course, today's Ukraine is not the quasi terrorist state Austria-Hungary faced. But, to Moscow, its creeping admission to a hostile Western bloc is probably far worse.

On the threshold of a century that will test the West's 500-year global dominance, Western diplomacy would score a massive own-goal if its blindness to Russia's interests in western Eurasia gave rise to a Central-Powers-style bloc at the heart of Mackinder's famous "world-island".

The warning from 1914 is that if we pick our enemies blithely, even in victory, the future can always be worse.

Matthew Dal Santo is a freelance writer and foreign affairs correspondent. He previously worked for the Department of Foreign Affairs and Trade in Australia. This article first appeared in the Australian Broadcasting Corporation's The Drum here.