Grand Strategy: What is America’s Most Pressing Foreign Policy Issue? 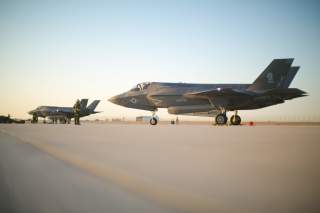 There are a variety of potential threats around the world today: tensions in the South China Seas, a nuclear North Korea, conflict between Russia and Ukraine, and civil wars in the Middle East are just a few. In order to better think about these challenges and how they relate to U.S. national security, the Center for the National Interest partnered with the Charles Koch Institute to host a foreign policy roundtable which addressed the question: What is the most pressing issue for America’s foreign policy? Watch the rest of the videos in the “Grand Strategy” series.

John Mearsheimer of the University of Chicago doesn’t shy away from a bold answer: The most pressing issue is that the United States has a “fundamentally misguided foreign policy.” Mearsheimer argues that there are two dimensions to U.S. foreign policy that get the United States into “big trouble.” First, he says, “We believe that we can dominate the globe, that we can control what happens in every nook and cranny of the world.” The problem with this is that “the world is simply too big and nationalism is much too powerful of a force to make it possible for us to come close to doing that.”

The United States has engaged in numerous international military interventions over the past fifteen years, primarily in the Middle East. Proponents of these interventions argue that they are necessary in order to build stable democracies in places like Iraq and Afghanistan. However, according to Mearsheimer, the United States is pursuing “a hopeless cause; there is a huge literature that makes it clear that promoting democracy around the world is extremely difficult to do, and doing it at the end of a rifle barrel is almost impossible.”

So why has the United States continued to pursue policies and strategies that fail to convert U.S. military might into political ends?

Eugene Gholz of the University of Texas at Austin suggests that the root of the issue could be American hubris. The United States has made the mistake of “thinking we can control things we can’t control.” Mearsheimer agrees with Gholz, although he finds the situation perplexing: “It’s remarkably difficult to understand why we still continue to think we can dominate the world and pursue the same foreign policy we’ve been pursuing at least since 2001, when it has led to abject failure after abject failure.”

Several other scholars chime in to offer their own thoughts on this thorny issue. Boston University’s Andrew Bacevich opines that the United States needs to “come to some understanding of who we are and why we do these things – a critical understanding of the American identity.” Notre Dame’s Michael Desch agrees: “That cuts to the core of American political culture. I think the root of the hubris is deep in the software that animates how we think about ourselves, and how we think about the world.”

Harvard University’s Stephen Walt offers yet another possibility. Walt asks if the U.S. commitment to its current misguided and damaging foreign policy is due to “deep culture” or if it is result of “the national security apparatus we built after World War II.” Walt thinks it is the latter: the United States “was not a highly interventionist country until after the Second World War.” After World War II, “we built a large national security state, we had bases everywhere, and then we discovered that we can’t let go of any of that, even though the original reason for building it is gone.”

Did the other panelists agree with Walt? Did anyone suggest a different problem as a candidate for the most pressing issue? Watch the full video above to see and be sure to check out the other videos of CNI and CKI’s panel of nationally acclaimed foreign policy scholars addressing additional questions.