Great Britain To Develop Naval Base at Bahrain 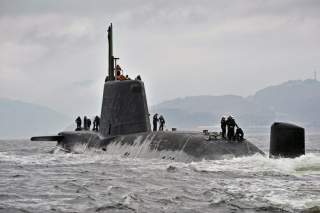 The British Defense Secretary’s announcement of plans to develop a naval base at Bahrain may be confirmation that the United Kingdom’s policy as to the nature and extent of its overseas defense commitments is at last being settled.

There are some important parallels here to the challenges that Australia is facing in its own force structure and military posture, particularly in relation to our interaction with the United States. Britain’s key problem, as it finally comes to terms with the limits of its military capability, is determining where it can make the most difference, not only in its own right, but in support of the alliance with the United States.

The long-term implications of America’s "pivot" to the Pacific at a time when the US military machine is under increasing fiscal pressure are inescapable. Not only will Europe have to do without the levels of American military presence that it has grown accustomed to over nearly seventy years, but the United Kingdom in particular must decide where it can contribute in ways that are significant in military effects, rather than "flags in the sand." The British armed forces have a lot of capability, but—in relative terms—much less than in previous decades, as is apparently becoming clear with the current RAF operations in the Middle East. Choices must be made and it’s logical that those be for capabilities which the remainder of Western European states lack and for deployments for which they have little inclination.

Britain has long claimed global interests and the intent to maintain global military capabilities. No British government, particularly one with the Conservatives as the major partner within the coalition, will openly depart from those ambitions in the current complex strategic environment. Indeed, as shown with East Timor in 1999, the 2013 Philippine typhoon and, most recently, the search for MH 370, the British will always try to do what they can if there are urgent needs in the Indo-Pacific. But that’s not the same as a commitment to a permanent presence, or to reinforcing a presence for indefinite periods when required.

By comparison, the UK Defense Secretary’s declaration that Britain “will now be based again in the Gulf for the long term” was unequivocal. There’s real sense in that. A UK maritime task group can swing between the Persian Gulf and the Mediterranean relatively quickly, while air and land forces have extensive experience of deploying into the Middle East. With its long term interests in the Middle East—as well as the close interconnection of events there with the situation in the Near East and Europe—Britain may well now have determined that the Persian Gulf and the north-western Indian Ocean represent the geographic limits of what can best be termed the ‘beat’ of the British armed forces. That’s likely to be particularly true for the Royal Navy, centred as it will be on the two new Queen Elizabeth class carriers with the F-35B, the Type 45 air-defense ships and the seven Astute-class nuclear submarines.

This is a logical approach for the British, one which has the potential to reduce the American burden by freeing up carrier battle groups and other forces for operations in the Indo-Pacific—and for that reason welcome to Washington. It’s also one which, although the British face their own difficult decisions in their next Strategic Defense and Security Review in 2015, has the merit of being affordable in the long term. We need to be thinking in similar ways in Australia.

James Goldrick is a fellow of the RAN’s Sea Power Centre and an adjunct professor at UNSW Canberra, Australian Defense Force Academy. This piece first appeared in ASPI's The Strategist here.