Greece: The First Developed Country in History to Default to the IMF 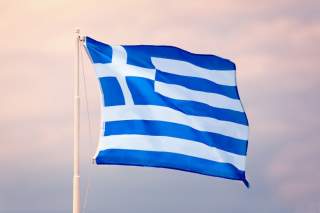 Its failure to make a $1.73 billion euro payment to the International Monetary Fund by June 30 makes Greece the first developed country in history to default to the IMF.  It could also mark the beginning of the end for the European Union as the world has known it.

Brinkmanship by Greece’s hard-left Syriza government—rejecting its creditors’ demands to cut public sector wages, pensions, and other domestic spending while honoring its international debt obligations—continued down to the wire, and beyond.

This default triggers a 30-day grace period, after which there could be serious consequences for Greece beginning in August, or sooner.  Greece’s other multilateral, government-backed international creditors—the European Central Bank (ECB) and European Commission—may now be forced to declare Greece in default in accordance with the terms of the current €130 billion euro bailout package that they and the IMF (the “Troika”) gave to Greece in 2012.

That bailout was needed because the first one, a €110 billion euro package awarded by the Troika in 2010, failed to revive economic growth and put Greece back onto the path of fiscal stability.  The fact is that Greece has now essentially defaulted three times in the last five years, although the Troika institutions have tried to paper over the previous two defaults (which were euphemized as “haircuts” for investors), because they agreed to them.

This third default, however, will be less orderly than the previous two.  Failure to make a €3.5 billion payment to the ECB on July 20 could be the final nail in the coffin and force Greece to leave the eurozone.

Heritage Foundation analysts criticized the IMF decision to proceed with the first bailout in 2010, which violated the IMF’s “exceptional access framework” lending caps. They also noted the certain predictability the first bailout would fail to solve the Greek debt problem in spite of the IMF’s bending the rules.

The whole point of those IMF rules was to stop additional lending and force the Greek government to make the fundamental reforms and government spending cuts that must happen for a true economic recovery to begin.  But those reforms were barely being put into effect before the Syriza government—elected just last January—began rolling them back.

This week the Syriza government imposed capital controls and forced a week-long shutdown of the banking system, to head off a run by Greeks to grab what few euros are left in the vaults.   Meanwhile, Greece’s inexperienced and reckless Prime Minister Alexis Tsipras announced a referendum vote on Sunday, July 5, when Greek citizens can vote to accept the “austerity” measures being imposed by Brussels and Frankfurt—five days after the Troika deadline.

There is an almost universal consensus among economists and policy analysts that Greece’s entry into the eurozone was a tragic mistake, especially for the citizens of Greece. At first the euro and the low interest rates it enabled provided a financial windfall.

Unfortunately, the Greeks did not handle that unique opportunity prudently, but instead acted profligately.  Strong public sector unions demanded bloated government payrolls and generous early-retirement benefits. For their part, Greece’s protected and self-interested private business elites enjoyed the Eurozone benefits in tourism and shipping—then made tax evasion into an art form. The heavily indebted middle class saw this example and followed suit.

Greece is ranked 130th of 178 countries in the 2015 Wall Street Journal/Heritage Foundation Index of Economic Freedom, bettering only Ukraine and Belarus among its European counterparts. The rule of law is weak and corruption is pervasive. Despite some past efforts to create a more business-friendly regulatory environment, the labor market remains rigid and slow to adjust to market realities.

Getting out of the eurozone that it should never have been permitted to enter will be extremely painful for Greece. But at the end of the day, independence from the eurozone could be a blessing—albeit one accompanied by lower living standards for a while.

A “Grexit” from the eurozone will also spur further soul-searching by Greece’s similarly indebted and economically less efficient EU neighbors in the southern tier.  And that will spell more trouble for the EU grand project, and the bureaucrats in Brussels.

James M. Roberts is a research fellow for economic freedom and growth at The Heritage Foundation.