Green Politics: Could This Be the Secret to Saving Obama’s Legacy? 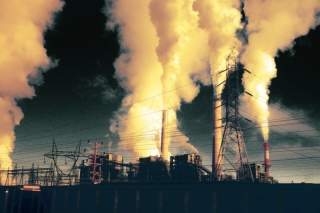 Judged by his achievements to date, President Obama will not be remembered as a successful foreign policy president.  Yet there are signs that administration officials still hope to rescue a positive legacy for the president in the guise of energy and environmental policy.  Through a combination of domestic policies and international agreements, the White House might yet bequeath some policy triumphs of lasting significance.  Unfortunately, however, the political pathway to success will not be easy for Obama’s team even in this chosen area of focus.

It is a truism that presidents in their second term turn to foreign policy as a way to cement a legacy for themselves.  Partly, it is argued, this is because second-term presidents suffer from waning influence in the domestic arena as their political capital dwindles and attention gravitates towards who will be the next to occupy the White House.  Six years into his presidency, President Obama certainly lacks the kind of clout in domestic politics that he began with, the Democrats having lost control of the House in 2010 and the Senate in last week’s elections and with Obama’s personal approving rating leaving much to be desired.

Chief executives looking to inject some energy into their presidencies are also said to be inclined towards international affairs because of the supposed leeway that the commander-in-chief enjoys over matters of foreign policy.  This notion was best captured by political scientist Aaron Wildavsky in his 1966 article, “The Two Presidencies,” in which Wildavsky argued that U.S. presidents are severely constrained by constitutional checks and balances when it comes to domestic policy-making but are veritable Caesars when it comes to their authority over the country’s conduct on the world stage.  How else to leave an imprint on the political landscape when gridlock in Washington prevents progress on domestic issues?

Is Obama trying to leverage this fabled outward face of the presidency to craft a lasting legacy for himself?  There are signs to suggest that he is.  Earlier this year, for example, the White House used executive orders to expand the scope of federal conservation zones in the Asia-Pacific in a move that was explicitly framed in terms of the Administration’s broader policy on climate change: “The pristine waters [of the U.S.-controlled Pacific Remote Islands] provide a baseline comparison for important scientific research that monitors and evaluates impacts of global climate change,” the Administration insisted, “including benchmarking coral bleaching and ocean acidification.”

More dramatically, the president this week revealed a quietly negotiated deal with China over cuts to carbon emissions.  While skeptics have pointed out the underwhelming scope of China’s commitment under the new agreement, the size of America’s undertaking is ambitious and headline-grabbing, sure to appease the president’s supporters at home and likely to buoy his relevance as an international leader amid criticism that the Administration is a spent force.

All of this pales in comparison to the lucrative opportunities on offer next year at the upcoming United Nations Climate Change Conference to be held in Paris.  After the failure of Copenhagen, the Paris conference will represent a somewhat last ditch opportunity for President Obama to inspire, coordinate and close a broad-based and far-reaching deal on climate change.  The result could be an international agreement more significant than even the Kyoto Protocol, especially if Obama is able to fully invest the United States in the agreement and ensure the compliance of other large-scale emitters of greenhouse gases.

The problem for the White House, however, is that Wildavsky’s “two presidencies thesis” is somewhat overblown.  That is, U.S. presidents do not wield unlimited power when it comes to foreign policy.  Instead, and as James Lindsay among others has pointed out, Congress possesses several important levers with which to interfere with and even overrule a president’s foreign policy agenda.  The Administration’s abject nervousness that Congress might initiate legislation to undercut negotiations with Iran is testament to this fact.

As Paul Pillar has already noted, the domestic process of converting international agreements on climate change and energy will throw up some “formidable” obstacles to Obama making good on his pledges regarding energy and environmental policy.  Public spending on renewable energy technologies and new measures to restrict the use of fossil fuels will not be slam dunks with Republican lawmakers, and not every roadblock in Washington can be circumnavigated via executive action.  The bottom line?  President Obama will need to work across the aisle if his climate change agenda is to amount to more than restricting tuna fishing in the Pacific Remote Islands.