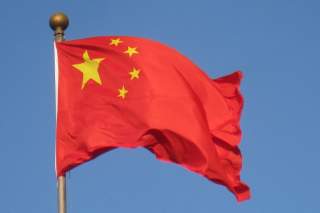 China's regional diplomacy has a schizophrenic quality. On the one hand, Chinese leaders have resumed their diplomatic charm offensive, with President Xi Jinping and Premier Li Keqiang visiting five Southeast Asian countries in October 2013 and attending a high-level work conference on "periphery diplomacy" which highlighted Beijing's intention to use "good-neighborliness and friendship" to create a peaceful and stable regional environment. During their travels, President Xi called for a "maritime silk road" to connect China with Southeast Asia, and Premier Li put forward a seven point proposal to deepen cooperation with the Association of Southeast Asian Nations (ASEAN).

On the other hand, Beijing's aggressive steps to pursue its maritime territorial claims have generated fear and alarm throughout Asia. Since declaring an Air-Defense Identification Zone (ADIZ) in the East China Sea in November 2013, Beijing has deepened its confrontation with Japan over the disputed Diaoyu/Senkaku islands, sent a three ship navy patrol to the James Shoal (50 miles off the Malaysian coast), and tried to prevent the Philippines from resupplying the crew of a derelict warship grounded on the Second Thomas Shoal. These actions show China's determination to expand its effective control over disputed maritime territories in the East and South China Seas and highlight President Xi's vow never to compromise on basic interests.

To Western analysts, the dual Chinese goals of maintaining stability (weiwen) and protecting maritime rights and interests (weiquan) are contradictory. How can China hope to maintain regional stability when it is aggressively strengthening its claims to territory claimed by its neighbors? From a Chinese perspective, however, a contradiction (maodun) is a tension to be managed, not an imperative to choose between conflicting goals.

China uses a variety of tactics to manage this tension, including relying primarily on paramilitary rather than military forces and using "salami tactics" to expand its effective control of disputed territories on a step-by-step basis while staying below the threshold of military confrontation. At the same time, China has become more willing to use its growing military power advantage to intimidate rival claimants and its economic leverage to punish countries that challenge Chinese sovereignty claims.

Beijing carefully differentiates between claimants and non-claimants (and distinguishes more assertive South China Sea claimants such as Vietnam and the Philippines from others such as Malaysia and Brunei) in order to divide potential opposition and prevent collective responses to Chinese actions. (This pattern suggests Beijing will wait before establishing a South China Sea ADIZ in order not to confront Southeast Asian and Northeast Asian countries at the same time.)

China perceives and portrays its actions as defensive responses to actions by others that challenge China's "indisputable" sovereignty. Framing issues this way produces domestic incentives for tough responses and allows China to claim that its actions are reactive and defensive.

Since 2012, Beijing has sought to deter challenges by using them as opportunities to expand China's effective control. For example, Philippine Navy efforts to enforce fishing regulations in the Scarborough Shoal in April 2012 created a crisis as both China and the Philippines deployed additional ships to the area. Even after a US-brokered mutual withdrawal, China wound up with effective control of the disputed territory when it redeployed paramilitary vessels to block Philippine access. Such outcomes discourage future challenges.

Beijing subsequently applied this "Scarborough model" to the Senkaku/Diaoyu islands after the Japanese government purchased three of the islands from a private Japanese owner in September 2012. China has sent paramilitary and naval ships into waters near the islands, with the goals of challenging Japanese administrative control (the basis for application of the U.S.-Japan security treaty to the islands) and forcing Tokyo to acknowledge the dispute. With US support, Japan has refused to make concessions in the face of Chinese pressure. China has responded by intensifying its anti-Japanese campaign, citing Japanese Prime Minister Abe's visit to the Yasukuni shrine as evidence of a revival of Japanese militarism.

Chinese analysts often blame the US "rebalance to Asia" announced in November 2011 for encouraging challenges to Chinese claims, but China's more assertive approach to maritime disputes actually predates the rebalance by several years. Because the United States does not take sides in any of these sovereignty disputes, Beijing has thus far been able to expand its effective control without directly challenging Washington.

China's policy includes carrots as well as sticks. Chinese leaders regularly cite Deng Xiaoping's concept of joint development of resources in disputed areas as a basis for cooperation, although neither of the attempts to apply this concept (2005-2007 seismic exploration with the Philippines and Vietnam and a 2008 natural gas agreement with Japan) have been successful.

Beijing's approach rests on the belief that the regional balance of power is moving in its favor and that other countries will eventually have to compromise with a dominant China. However, other claimants also face nationalist publics and will not simply abandon their claims. Despite China's importance, they have other options (including enhancing security ties with the United States).

If China continues aggressive efforts to expand control over disputed territories, it will further damage relations with its neighbors and risk destabilizing the regional security environment.

Dr. Saunders is director of the National Defense University's Center for the Study of Chinese Military Affairs. The views expressed are his own, and do not necessarily reflect those of the National Defense University, the Department of Defense, or the US government. This article is adapted from his chapter in David Shambaugh and Michael Yahuda, eds., International Relations of Asia, second edition (Lanham, MD: Roman and Littlefield, 2014). This article was originally published by CSIS: PACNET  here.