Gulf Misgivings about an Iranian-American Rapprochement 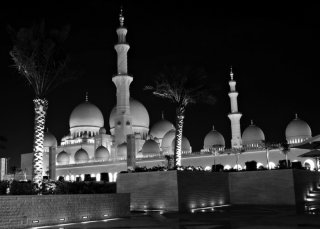 A visit last week to Abu Dhabi revealed to me the depth of unhappiness in the Arab Gulf states about the Obama Administration’s efforts to improve relations with Iran.  Tehran is viewed there as having long had ambitions to dominate the entire Gulf region, and that these ambitions will not go away just because Iranian-American relations improve.

What individuals in the Gulf I spoke with fear is that even if America and its partners reach a nuclear accord with Tehran, the withdrawal of American forces from Iraq combined with the Obama Administration’s clear reluctance to use force will practically serve as an invitation to the Iranians to assert their influence over their smaller, weaker neighbors.  And if Iran does act in this way, they fear that Washington will not be willing or able to stop it.

The prospect of this occurring is not something that just seems possible to many Gulf Arabs, but as highly likely or even inevitable.  This being “obvious,” one Emirati source inquired of me, “Why is America doing this?”  She simply could not see the logic in it.  And a Saudi I spoke to expressed strong feelings of hurt and betrayal that America is apparently willing to risk the security of its old friends in pursuit of better ties with a regime that will undoubtedly remain hostile to American allies and interests in the region.

What is important about this line of reasoning is not whether it is correct, but whether it is believed—and thus seen as the basis for action.  Several whom I spoke with expressed the view that if the U.S. is now going to ally with Iran, then the Arab Gulf states need to find allies of their own.  Russia and China, among others, have been mentioned.  The visit of Russian foreign minister Lavrov to Saudi Arabia last week was seen by some as evidence that Moscow is moving in where Washington is losing ground.

To my mind, the idea that Russia could replace America in the Gulf—or that any of the Arab Gulf states would want it to—appears to be both unlikely and undesirable.  While Moscow wants to sell more arms, nuclear reactors, and other Russian goods to them, Russia is hardly in a position to defend them if they were seriously threatened.  Nor is Russia likely to give up anything—such as its close ties to Tehran or the Assad regime in Syria—for the sake of improved relations with Arab Gulf states which oppose both.  Besides, Moscow has its hands full at the moment with Ukraine—just as China’s are with its maritime disputes with various neighbors.  Beijing seems to prefer that America guard its oil supplies from the Gulf for it.  Besides Russia and China, there is no other state that would conceivably be able (even if willing) to replace America as the protector of the Arab Gulf.

But what appears unlikely and undesirable to me and others in the West may not appear so to those in the Gulf who see themselves confronted with what they consider to be an existential threat.  Gulf Arabs who think this way may conclude that it is thus necessary to seek desperate solutions to what they perceive as desperate circumstances—even though those solutions may prove to be mirages.

It is hardly in America’s interest that all too many in the Arab Gulf have come to think like this.  I, for one, actually think it would be good for the Arab Gulf states if Iranian-American relations improved.  An Iran that has a stake in maintaining good relations with America, it seems to me, has a greater interest in behaving with restraint toward its Arab neighbors than does an Iran that continues to have bad relations with the U.S.  Washington, though, needs to reassure its Gulf Arab allies that non-hostile Iranian behavior toward them is a requirement for building and maintaining an Iranian-American rapprochement.  Further, it is important for Washington to do this in order to forestall Arab Gulf attempts to find other allies that are not only unlikely to succeed, but could serve to complicate White House efforts to obtain Congressional backing to support them should the need arise.

The Obama Administration, of course, would undoubtedly respond by saying that this is precisely what its diplomacy toward the Arab Gulf states has been trying to accomplish all along.  All I can say in response is:  it hasn’t done a very good job at this.  My interlocutors in the Gulf would definitely agree.