This Gun Has Fought in Every American War for a Century 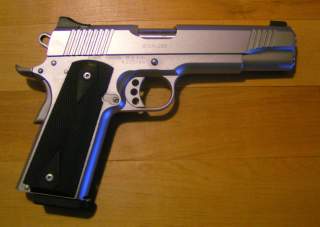 The gun has appeared in no fewer than 200 films. Many of the great manly actors carried 1911s: Humphrey Bogart in High Sierra; Steve McQueen in The Getaway, The Hunter and The Sand Pebbles; and Tom Selleck in Magnum P.I. Dick Tracy carried a 1911 rather than the police revolvers of his day, and it set him apart from the rest of the cops and robbers in his comics.