A Hard Truth: Iran Will Remain a Nuclear Threshold State 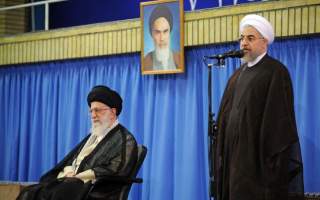 Despite intensive efforts, the negotiations between the P5 +1 and Iran on the future of its nuclear program, led by the United States, once again failed to produce a final agreement, postponing the moment of reckoning for at least seven months. The details of the negotiations are as yet unknown, and this is a classic case where the devil is in the details. The extension will, however, continue to essentially freeze the Iranian capability, though not contribute to its partial dismantlement, as the United States sought, and will provide Iran with limited, ongoing sanctions relief.

For reasons of both American strategy and domestic politics, there are limits to the concessions Obama could have made, even if he wanted to, and he does not. For reasons of both Iranian strategy and domestic politics, Tehran apparently refused to make significant concessions on key issues, even at the risk of heightened sanctions. Iran’s intransigence may partly reflect what it perceives to be a lack of Western resolve to stay the course and risk confrontation, but this is water under the bridge and the issue now is the agreement under negotiation, not the one we hoped for.

Based on what we know of the negotiations, the hard truth is that Iran will have succeeded in becoming a de facto nuclear threshold state, i.e. one that will remain just months from an operational capability; the threat of a nuclear Iran will be with us for years to come, and, in effect, we will be talking about ongoing conflict management, not resolution. Moreover, even if a final agreement is reached, Iran will not have abandoned its long-term nuclear aspirations; they will have just concluded that their realization is too costly at this time—the situation will have been frozen and a potential confrontation postponed to the future.

Conversely, international pressure will have forced Iran to remain a threshold state, at least for the meantime, and for a highly conflict-averse U.S. administration, kicking the ball down the field—hopefully even to the next administration—has the advantage of avoiding an imminent moment of truth and crisis with Iran. Iran, too, has a clear interest in avoiding an explicit acknowledgment of failure, which will have domestic consequences for the Rouhani presidency and beyond, and lead to heightened sanctions. Moreover, the dynamics of the negotiating process have been in Iran’s favor, leading to greater Western concessions, and are likely to remain so in the future; and in the current situation in the region, the United States seeks greater cooperation with Iran, not confrontation.

Facing a potentially existential threat, Israel has a greater interest in a positive diplomatic outcome than any other player, but is justifiably reluctant to accept a final agreement that will allow Iran to remain a threshold state. Obama, however, has made it abundantly clear that he has no intention of taking, or sanctioning, military action, and the return to sanctions—his declared intention in the event that negotiations fail—is a highly unsavory outcome. Been there, done that—it did not make Iran cave. In these circumstances, an ongoing extension of the interim agreement and playing for time may be the best Israel can realistically hope for.

For some, the absence of both an American and Israeli military option will be welcome, but it was the threat of Israeli action that finally motivated the Europeans and other allies to join the United States in imposing comprehensive sanctions on Iran, and it was the sanctions that forced Iran to come to the table. Should a final agreement fail to emerge, the threat of military action should be renewed.

Given Iranian intransigence, a final agreement by next July is hard to imagine. In the absence of demonstrable progress, both sides will be hard-pressed to justify a further extension, but both have a strong incentive to avoid a showdown and a further extension remains a likely outcome, nonetheless. Should an agreement be reached, it will be the kind that no one wants, but will postpone the moment of truth to the future. With no truly good options, this may be the least of the bad options we face. The question is whether Iran is playing tough brinkmanship and intends to reach an agreement, or is totally rejectionist. Either way, it has succeeded in establishing itself as a nuclear threshold state. It is essential that it be kept as far away from that line as possible and never be allowed to cross it.

Chuck Freilich, a senior fellow at Harvard’s Belfer Center and a former deputy national security adviser in Israel, is the author of Zion’s Dilemmas: How Israel Makes National Security Policy, 2012.