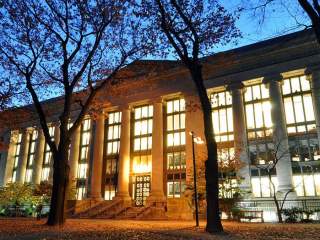 If there is any person or group of people that should understand the difference between free speech and hate speech, it is a Harvard Law student. Three years of legal classes at an elite institution along with basic human decency should be enough to not broadcast discriminatory views in public.

But that’s not the America we live in now. The false notion that everyone’s ideas are equally valuable—even if they’re chock-full of anti-Semitic conspiracy theory nonsense—now pervades higher education, hate speech, and it appears to be becoming more permissible. Perhaps it’s the fashionable white guilt or the faux self-awareness, but hate speech is creeping into (gulp) “safe spaces”.

“OK, my question is for Tzipi Livni,” the student asked. “Um, how is it that you are so smelly?” When the moderator of the panel asked for clarification, the student pressed on: “I’m [asking about] Tzipi Livni, very smelly.” The reaction seemed to turn from confusion to consternation. The implication of the question was painfully obvious: the student was indirectly calling her a smelly Jew. There’s no other conclusion that can be derived. Publicly asking about someone’s odor is obviously not a passing curiosity about hygiene. It’s an ethnic slur.

Fortunately the campus reaction was swift. Harvard Law’s dean Martha Minow released a statement that the question “violated the sense of trust and respect we expect in our community.” The student is a leader of the Justice for Palestine chapter at Harvard Law and made a public apology during which he said that he would “never, ever, call anyone, under any circumstances, a ‘smelly Jew’.” Of course, the apology does not explain why he felt compelled to ask about Livni’s alleged smelliness in the first place. A Palestinian, asking an Israeli this type of question during a panel on Palestinian and Israeli relations has screaming subtext even a high school student can understand: “What are you smelly Jews doing in my homeland?” The sort of nuance, objectivity, and commitment to conflict resolution was utterly lacking in this exchange. Given the campus protests that have been erupting in the last year and a half, it’s mystifying that the campus reactions haven’t been more intense.

The whole affair is both distasteful and bizarre. The emphasis on political correctness in higher education should, at least in theory, prevent these kinds of public gaffes, but seems only to sweep long-standing racial and ethnic tensions under the rug. What’s disturbing about this whole scandal is that the student felt safe enough to ask such a ridiculous and personal question. Countless blogs and videos and articles about checking your privilege and hours of required diversity training didn’t stop him. Unfortunately, the student’s identity was revealed on Facebook by an Israeli writer who felt that Harvard didn’t go far enough to condemn the hate speech. Harvard Law School has bungled the optics in nearly all aspects of this issue. By concealing the student’s identity, Harvard gave the appearance of siding with the student’s supposed rights to free speech, inciting further anger in the Jewish community.

When places of higher education take on the role of creating “safe spaces” rather than educating students to navigate a complex world, the most basic questions about civil participation go unanswered. There is a well-lit, well-worn line between hate speech and free speech, and this soon-to-be Harvard grad missed it by a mile, perhaps on purpose. Is this the kind of student Harvard wants to award a degree to and send into the complex world void of safe spaces? This type of incident shows that students graduating from the finest institutions are unprepared for the intellectual and interpersonal challenges that await them on the other side of graduation. Maybe a second-tier law school less committed to safe spaces will grapple with these questions better than this flippant Harvard Law student.