Hell in the Pacific: How the Japanese Army Desperately Struggled for Survival and Lost 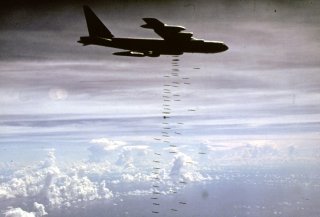 Under a midnight moon, hundreds of soldiers crept forward into position along the riverbank. Fields of tall reeds helped conceal them from observation but could not muffle the sounds of weary men slipping in the mud. Sergeants whispered orders to stay quiet while officers anxiously listened for any sign the enemy was alert to their presence.

As they waited for the signal to attack, the men of Major Moritoshi Kawahigashi’s 1st Battalion, 78th Infantry Regiment felt something beside fear in their stomachs. Gnawing, incessant hunger pains tormented them fiercely. For weeks they had been reduced to eating grass and insects while making a grueling march across the rainforests and swamps of New Guinea. Supplies, what few remained, could not keep up. Only through sheer willpower and iron discipline did Kawahigashi’s troops manage to get this far—but would their warrior spirit be enough to defeat the powerful American army arrayed against them?

One man crouching along the banks of the Driniumor River that night believed so. He was Lt. Gen. Hatazo Adachi, commander of the Japanese 18th Army and author of this desperate plan. During the spring of 1944, massive Allied “leapfrog” invasions across the coast of northern New Guinea had cut Adachi’s command off from the rest of Japan’s Southern Army. Effectively abandoned by Imperial General Headquarters, the 55,000 men of 18th Army were left to fend for themselves without hope of resupply, reinforcement, or evacuation.

On April 22, 1944, the Americans made simultaneous amphibious landings at Hollandia and Aitape in northern New Guinea. From his headquarters at Wewak, General Adachi considered all possible responses to this menace. He could do nothing and watch his soldiers slowly die of starvation and disease. He could attack the foe at Aitape, 94 miles distant. Or he might, by an arduous walk, bypass Allied lodgments and rejoin Japanese forces stationed far to the west.

None of these options appealed to the 61-year-old Army commander. Staying put in Wewak violated every principle of the Bushido (warrior) code to which he dedicated his life. Maneuvering around Aitape and Hollandia to reach friendly forces meant sending the 18th Army on a 600-mile trek through uncharted jungle terrain without adequate rations, transportation, or medical supplies. Adachi knew his men, many of whom were weakened from previous withdrawals across eastern New Guinea, simply could not accomplish such a journey.

Adachi’s sole remaining course of action, then, was to attack. He had on hand two months of supplies, enough to send his strongest infantry formations against the Allies’ airfields at Aitape. If successful, 18th Army could then reprovision itself with captured matériel before moving on to take Hollandia, another 120 miles to the west.

This scheme placed greater reliance on the Japanese soldier’s fighting spirit than it did on sound military strategy, which indeed was a reflection of the general who devised it. Hatazo Adachi, son of an Army officer, was born in Tokyo on June 17, 1890. Raised in the samurai tradition, the tall, heavy-set youth seemed destined to follow his father’s career path as a professional soldier. Following attendance at Tokyo Cadet Academy, Adachi joined the elite Imperial Guards Division as a lieutenant in 1910.

Peacetime duty emphasized the values of stoicism, self-sacrifice, and physical toughness that already were essential elements of this young officer’s character. Combat service in Manchuria and China during the 1930s earned Adachi—by now a colonel and regimental commander—a reputation for bravery under fire. He usually could be found where the fighting was heaviest, leading from the front while shunning those privileges normally due officers of his rank and status. He endured the hazards of battle as well, in 1937 taking mortar fragments to his face, neck, and leg that left him with a permanent limp.

Promotion came steadily, and by 1940 Adachi wore the rank insignia of a lieutenant general. He successfully led the 37th Division in action before becoming chief of staff, South China Area Army, during the autumn of 1941. One year later he left China to command the newly formed 18th Army, then organizing on the island of New Guinea.

Upon his arrival there in January 1943, Adachi encountered for the first time a shameful reality: Japanese forces defeated on the battlefield. Enemy troops had recently seized the key port town of Buna in a brutal fight, after which the remnants of its garrison fled westward, discarding along the way most of their equipment and wounded comrades.

The tides of war were turning against Lt. Gen. Adachi and his command. He now faced the near impossible task of defending 400 miles of coastline against a foe who increasingly dominated the skies and the sea. Reinforcements had to run a gauntlet of air and naval attacks just to reach the 18th Army’s area of operations. Eventually, though, Japanese combat power in eastern New Guinea totaled 60,000 men organized into three divisions—the 20th, 41st, and 51st.

Nonetheless, these units were all far understrength. The 51st Division, for example, lost 3,000 soldiers and most of its crew-served weapons when eight of the transport vessels bringing it forward were sunk during the Battle of the Bismarck Sea in March 1943. Adachi narrowly escaped a similar fate when enemy bombs crippled the destroyer carrying him and his staff to their new headquarters location.

Protecting critical airfields at Lae and Salamaua was a scratch force of 9,000 Japanese Army and Navy personnel. In June the Allies struck, putting ashore Australian and American infantry forces that threatened to trap the defenders between two rapidly advancing assault columns. Ordered to retreat overland across the forbidding Saruwaged Mountains, those men healthy enough to walk drew 10 days’ rations and began an epic march toward safety. Malaria savaged their ranks, as did starvation and exposure. No one expected the Saruwageds to remain snow covered in July. Of the 8,600 troops who started this month-long odyssey, 2,200 did not live to complete it.

The Lae-Salamaua garrison’s jungle ordeal opened many eyes to the challenges of waging war in this part of the world. Covering 488,244 square miles, New Guinea is the world’s second largest island, and in 1943-1944 it largely remained a mystery to the outside world. Huge areas were left blank—unexplored—on Japanese maps, concealing unimaginable perils for those forced to live, fight, and die there.

Along the coast, tropical rainforests and miasmic swamps stretched for miles in all directions. Dense vegetation abounded, sustained by torrential downpours (the island’s average annual rainfall exceeds 100 inches) and a rich, fecund soil. Little of this plant life was edible, though, prompting many Japanese soldiers to curse New Guinea as the “Green Desert.”

From five to 50 miles inland, low foothills marked the beginning of the great Owen-Stanley Range, New Guinea’s jagged mountain spine. From these heights a network of streams funneled rainwater into the ocean while carving steep valleys and wide rivers impassable except by boat or bridge. Occasional roads or footpaths connected small native villages or colonial ports scattered along the northern coast, although these trails quickly turned to mud during the rainy season.

Then there was the rain. “It had rained for more than half a year straight,” recalled Sergeant Masatsugu Ogawa of the 79th Regiment, 20th Division. “Our guns rusted. Iron just rotted away. Wounds wouldn’t heal.”

Aside from issues of terrain and weather, a growing enemy presence in the skies above and seas surrounding New Guinea gave Lt. Gen. Adachi cause for concern. Throughout 1943 and early 1944, the Japanese 4th Air Army had been systematically annihilated by medium and heavy bombers of the U.S. Fifth Air Force. Roving American and Australian fighter planes, working in combination with Allied warships, likewise overwhelmed the miniscule 9th Fleet. Its remaining flotilla of cargo barges and coastal patrol craft now hugged the shore during daylight hours, emerging only after dark to transport high-priority supplies and personnel.

In late September 1943, battle-hardened “Diggers” from the 7th Australian Infantry Division landed near Finschhafen on New Guinea’s Huon Peninsula. In response, Adachi ordered another fighting withdrawal. His already battered legions would again make their way west, this time to strongpoints at Madang, Hansa Bay, and Wewak. The 18th Army closed on those objectives after a three-month march, traveling mostly at night under conditions of extreme hardship.