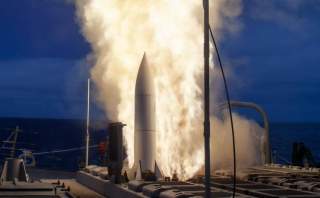 The development of this weapon, along with other missiles and emerging offensive and defensive technologies, is entirely consistent with the Navy's "distributed lethality" strategy; this ongoing effort aims to better arm ships with next-generation communications technology and cutting-edge, longer-range offensive and defensive weapons. This is informed by a series of key concepts such as efforst to better enable surface ships to conduct open or "blue" water combat against a near-peer adversary, sustain the Navy's global technological edge, hold enemies at risk from farther distances and allow surface ships to both "aggregate" and "distribute" or disperse as needed as a way to reduce the prospect of a successful enemy attack.