Here Are 5 Ways the Unthinkable Could Happen: A Nuclear War 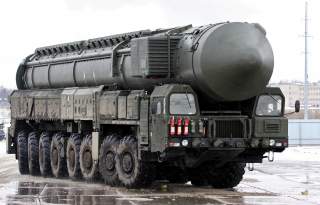 There are paths to nuclear war that rely on the most durable source of war there is: human stupidity. If the major powers don’t bumble into a nuclear war, or get dragged into one by their friends, they can always just choose to launch one themselves.