Here Is China's Master Plan to Destroy America, Japan and Taiwan in Battle 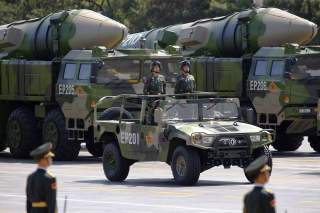 China’s Second Artillery Corps (recently renamed) — responsible for the maintenance and deployment of nuclear weapons — also received considerable attention. The Second Artillery began adopting new precision-strike weapons for attacks beyond China’s borders. In the event of a rapidly deteriorating crisis, the Second Artillery would have to speed toward the problem. This is where high-speed rail comes in.