Here Comes Rick Santorum: Does He Have What It Takes to Be President? 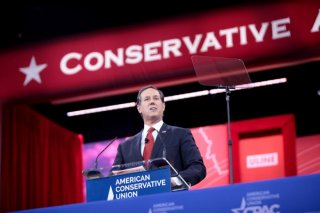 Can the second be first? Rick Santorum certainly hopes so. In 2012, the former Pennsylvania senator finished second to the eventual GOP nominee Mitt Romney. Now Santorum hopes to improve on that surprise performance. Santorum recently announced he was entering the 2016 presidential campaign, after confirming his candidacy to George Stephanopoulos earlier in the day.

I profiled Santorum back in 2011 when he first ran for president. His worldview hasn’t changed since then. He is a social conservative and foreign policy hawk. Indeed, he stressed foreign policy topics back in 2012 when the smart money said GOP candidates should focus on jobs and deficits.

Although Santorum didn’t say much about foreign policy in his announcement speech, he has said a lot about it over the years. At Northwestern University last November he gave an “address on the mounting conflict between the western civilized world and radical Islamists.” He gave a similar speech at Liberty University. He also had a lot to say about foreign policy earlier this month at the South Carolina Freedom Summit, as you can see here. Not surprisingly, he is sharply critical of the current occupant of the White House. He says that President Obama’s foreign policy has been a “disaster for America.”

In South Carolina, Santorum stressed the need to have a clearly defined foreign policy vision predicated on America’s great strength:

“It is important for anyone who is thinking about running for president to have a vision. To articulate that vision for the American public is how we are to keep America free and safe. That is important. It is also important to have policies that back it up, so we can communicate an articulate a vision that is backed up by real strength.’

Santorum sees jihadism as the leading threat to U. S. security. He used his Freedom Summit speech to sketch out his plan to fight the Islamic State:

“[Obama] is sending airplanes to bomb; he has a few advisors in place. But the handful of flights every day most come back having not dropped their ordinance. They are flying over there. But they are not doing anything there. He just wants to be able to report to you that he is doing something. Here’s what need to do. We need to ramp up. If these folks want to bring back a seventh century version of Islam, then my recommendation is let’s load our bombers up and bomb them back to the seventh century.

We have to be very clear that we actually do need to arm the Kurds so they have the ability to fight back and take back their territory. We have to support the Jordanians. And we need to get Iran, who is now doing the proxy fighting for Iraq; we need to get Iran and their special forces out of Iraq and put forces in there, including some American forces, who can work with the Sunnis in Iraq to drive ISIS out of Iraq immediately.”

Santorum did not say what targets he would hit beyond what the U.S. forces are currently targeting, how he would get Iran out of Iraq, or whether he would push the fight against the Islamic State across the border into Syria. Back in February he said he favored sending 10,000 American combat troops to Iraq to battle the Islamic State.

Like most GOP candidates, Santorum doesn’t like Obama’s negotiations with Iran. He recently promised to toss Obama’s Iran agreement “in the trash can.” He thinks it is “patently absurd” to believe that human activity plays a role in climate change. He not only opposes giving amnesty to illegal immigrants, he favors restricting legal immigration because “We see wages depressed, we see median income going down, and I think legal immigration is a part of that puzzle.”

Santorum hopes to use his foreign policy experience—he devoted a considerable portion of his two terms in the Senate to defense and foreign policy—to his advantage. In an implicit dig at his GOP rivals with short foreign policy resumes, he has suggested that the eventual GOP presidential needs strong foreign policy credentials:

Santorum says he wants a bipartisan foreign policy and that he will work to bring Democrats and Republicans together:

"National security has been in the past and I believe can be in the future, an area to which we can begin to build bridges back between the two parties. It’s possible to get bipartisan support for a strong and principled national security approach."

This piece appears courtesy of CFR’s blog The Water’s Edge here. Rachael Kauss assisted in the preparation of this post.