Here Is How Russia Hopes to Dominate the Drone Market 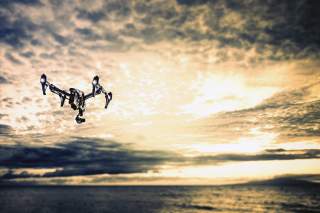 Russia is starting to innovate smaller-scale unmanned aerial vehicles that are roughly in the size and weight class as Insitu’s Scan Eagle series drones. The Russians showed off some their newest hardware at an Innovations Day at the Zhukovsky-Gagarin Air Force Academy earlier this month.

"Among the exhibits, the guests to the event will see a radio reconnaissance station mounted on a rotary-wing drone, a robotic mines detection complex, the latest infrared system of small-size aircraft automated landing," the Russian Defense Ministry told the state-owned TASS news agency.

Events like “Innovation Day” help the Russians break free of the stove-piped nature of regular development programs. “That Innovation Day is one of the models Russians will use going forward to see what kind of new and innovative ideas can be used for the military, security and private sector entities,” Center for Naval Analyses researcher Samuel Bendett told The National Interest. “The key here is that the Russians are starting to move away from ‘regular’ UAV designs and are beginning to experiment with a variety of UAV design and applications.”

Eventually, such equipment will find its way to frontline Russian forces—and that could happen sooner than many expect. But exactly when that might happen is still difficult to say with any certainty. “Hard to say - given that this is not a complicated design, probably in the next year or two, although its tough to predict how exactly the Russians may take a project from early development to fielding, given existing delays to projects promised long ago,” Bendett said.

Nonetheless, it should be fairly easy for the Russian military to bring small drones into service. However, it might not be the exact models presented at the Innovation Day event—but something similar. "In Russia today, there is growing competition for funding and government attention from a variety of drone and unmanned projects,” Bendett said.

Essentially, while the Russians are still behind the West—particularly the United States and Israel on developing unmanned systems—events such as Innovation Day are helping Moscow to catch up. It will probably still take considerable time and investment by the Kremlin for the Russia to come up to par with the West on drone technology—and much will depend on the state of the Russian economy. However, the takeaway is the United States cannot cease making its own investments in order to maintain its lead.