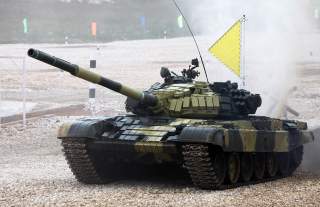 The high cost of the Armata tank, combined with Western sanctions over the 2014 invasion of Ukraine, will likely limit Russia’s ability to field large numbers of the tank. The Russian Armed Forces are facing obsolescence on many fronts, from fighters to tanks and a new generation of armored vehicles.

This article originally appeared in June 2017.