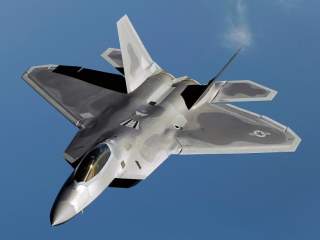 Wide-ranging advances in military capabilities by potential adversaries of the United States are driving a major reassessment of American power projection dominance.  In broad terms, this reassessment is known as the Third Offset. This initiative primarily aims at overcoming competitors’ progress in electronic warfare, surface-to-air missiles, anti-ship missiles, long-range cruise missiles, and theater ballistic missiles in order to preserve the power projection advantage enjoyed by the United States for the last twenty-five years. As the Third Offset concept matures, it must account for the changing political, economic, and military context faced by the United States with a strategic approach that leverages both technological trends and new political realities.

There are two main contextual trends the Third Offset must address. The first is the status quo character of contemporary US foreign policy goals. During the Cold War, US foreign policy focused on resisting communist expansion by deterring and defeating threats to the “free world” and seeking widespread political reform throughout the communist sphere of influence. The status quo of global ideological conflict was seen as unacceptable and US foreign policy for the last half of the 20th century actively sought large-scale changes to the existing international system. Today, the United States maintains a broad foreign policy agenda aimed at promoting freedom and democracy around the world. However, in the post-Cold War world, contemporary US planning objectives for major conflict generally center on maintaining the territorial integrity of an ally against regional threats or preventing an emerging power from dominating a global common traditionally open for international use. In short, contemporary US foreign policy goals largely focus on preserving the international system as it evolved following the dissolution of the Soviet Union.

This overarching posture must inform US military strategy and investments. This does not mean that the United States should abandon the expeditionary capability to conduct missions such as counter-terrorism and limited counterinsurgency operations abroad. But, it does mean that at the high end of conflict the United States should acknowledge that its goals are now largely to deter and, if necessary, defeat threats to the current international system.

The second trend is the realization that defensive technologies are on the rise relative to offensive capabilities. The Second Offset saw the rise of several specific technologies that gave the United States a marked offensive advantage over Soviet-built systems. Stealth aircraft, the global positioning system, and precision guided munitions are good examples of how the United States largely negated decades of Soviet investments in air defenses and large-scale ground maneuver units during the 1980s. While the ultimate impetus for these capabilities was the defense of NATO, Second Offset platforms and weapons were designed to be employed offensively in what was known doctrinally as AirLand Battle. The effectiveness of these systems was clearly demonstrated during the fast-paced and lopsided US victory in Operation Desert Storm. Today, advances in missile technology and electronic warfare (broadly known as Anti-Access Area Denial or A2AD) threaten to not only degrade Second Offset capabilities, but also challenge the effectiveness of the entire spectrum of US power projection capabilities.

The big strategic question that the United States must ask in response to all of this, is not: “how do we regain power projection dominance in every conceivable context?”  Instead, policymakers and strategists should ask, “how do we meet the status quo strategic goals of the United States in a 21st century political-military context?” It should not be assumed that an expansive power projection capability is the only way to meet every US goal. Making this assumption in the context of relatively cheap and increasingly effective defensive technologies will inevitably put the United States on the wrong side of the cost imposition curve.

For example, the United States currently deploys several advanced air defense systems such as Terminal High Altitude Area Defense, Patriot Advanced Capability 3, and the Navy’s shipborne Aegis Combat System. The United States is also making strides in anti-ship missiles such as the air-delivered Long Range Anti-Ship Missile (LRASM) and the recently announced repurposing of the ship-based Standard Missile 6 for use against both airborne targets and ships. By further developing, fielding, and (in certain cases) exporting such technology, the United States can impose costs on potential aggressors and, in turn, bolster conventional deterrence. This prevents the United States from both overspending on advanced offensive capabilities and over-relying on nuclear deterrence in the face of diminishing conventional power projection.

In many ways, this vision for the Third Offset simply entails re-conceptualizing how strategists view major Department of Defense procurement programs already underway. For instance, some of the main criticisms of US fifth generation fighters are their relatively short range and limited magazine depth, which means they have limited capacity to carry weapons in both capacity and raw size. When employed defensively, these potential weaknesses are much less pronounced. If an aggressor has to employ at range against F-22s and F-35s executing defensive patrols within range of their own bases, stealthy US-built fighters have distinct advantages over the adversary. Similarly, programs such as the B-21 can also be cost imposing on the adversary if employed defensively. Consider how difficult it would be to project naval power against a US ally if the oceans were patrolled by low-observable B-2s and B-21s carrying large payloads of LRASMs capable of sinking adversary capital ships before they get in range of their targets.

This strategic emphasis on defensive technologies and approaches does not mean that the United States should stop modernizing high-end offensive capabilities. Offensively-focused platforms and weapons will continue to play a vital role in any balanced approach to future warfare. The key for the United States is ensuring that future offensive systems are cost-imposing for the adversary by effectively holding high-value A2AD defended targets at risk without incurring unacceptable risk to US platforms or requiring large investments in highly vulnerable supporting infrastructure. The arsenal plane concept, as articulated by Secretary Carter in a recent speech, is an example of such a system. By out-ranging adversary air defenses with a large magazine of highly-accurate weapons, the arsenal plane could potentially deny an adversary the capability to move forces forward. This concept, however, will only be optimally employed as the tail end of a new type of kill chain.

This is where the Third Offset, like the first two offsets, must develop game-changing offensively-oriented technologies to counter adversary strengths. These technologies should leverage commercial advances in data collection and fusion while focusing on providing persistent target-quality awareness of adversary systems at range. Extending the kill chain beyond the reach of adversary A2AD systems through advances in networked sensing, big data analytics, and enhanced human-machine collaboration (concepts consistently championed by Deputy Secretary Robert Work should be seen as the central goal of Third Offset technological development. While a comprehensive Third Offset strategy should exploit the complementary nature of current US foreign policy goals and the rise of defensive technologies, it must also look at new technologies that can enable long-range strike and, in the process, facilitate a balanced approach to future warfighting.

In sum, the status quo foreign policy goals of the United States are well-served by advances in defensive weapons technology. The United States should embrace this with a holistic approach that continues to modernize key power projection capabilities and concepts while leveraging developments in defensive technologies and techniques. Throughout history, successful military strategies have adapted to the operational context of the moment to serve national foreign policy goals. The Third Offset has the potential to do just that for the United States if we prove flexible enough to exploit our changing political-military environment and focus our technological development on building a robust kill chain that out-ranges potential foes.

This piece first appeared in The Strategy Bridge here.