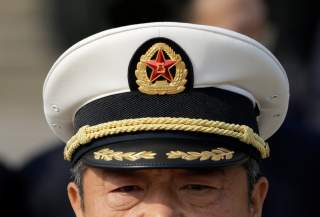 The fast development of China’s capacity to project power overseas has raised serious concerns and anxiety in Southeast Asia. Virtually all countries in the region were once in the hands of imperialist powers and went through brutal struggles for independence. It is only natural for them to fear a fast-growing China, a country for which the nature of state power remains undetermined despite Beijing’s ‘peaceful rise’ rhetoric.

Thus, Southeast Asian nations welcome, to varying degrees, US military presence in Asia. This is not just because the United States has been widely deemed a benign hegemon. Many in Southeast Asia also see US presence as an effective way to maintain regional strategic balance.

In contrast, China is often seen as a revisionist power that intends to reshape the regional order and security arrangements. Its assertive behaviour in the South and East China Seas seems to confirm Southeast Asian perceptions that China is trying to reinvent the regional order on its own terms.

What kind of Southeast Asia, then, is desirable for China, given its national aspirations and interests?

From China’s perspective, any substantial involvement of a ‘foreign power’ in its neighbourhood would be seen as a potential threat. As history has shown, political turmoil in Southeast Asia can provoke waves of anti-Chinese activity, where overseas Chinese become scapegoats for internal socioeconomic conflicts. Not only would this pose a diplomatic challenge to Beijing, but anti-Chinese activity overseas could also stir up nationalistic resentment in China, undermining political stability at home.

An economically underdeveloped and fragmented Southeast Asia is not desirable for China, the largest trading nation on earth. As a beneficiary and leading promoter of economic globalisation, China can gain enormously from a prosperous Southeast Asia. That’s why China offered tremendous help to the Southeast Asian countries during the Asian financial crisis of 1997–98. As regional economic development revitalised, China’s trade with ASEAN surged, increasing by over 880 per cent between 2000 and 2015.

Obviously it is unrealistic to expect China to ‘win over’ Southeast Asia entirely. Instead, Beijing’s top priority is to prevent the region as a whole from siding with the United States and its ally Japan.

The United States simply could not sustain a massive confrontation with China in the region without a Southeast Asian country willing to provide a solid base for military operations. Provided Southeast Asia remains neutral in the US–China contest, China can eventually prevail in the region, given its rapidly growing economic and political weight and geopolitical proximity. A politically united and neutral Southeast Asia therefore serves China’s interests.

Meanwhile, China has endeavoured to promote economic integration with Southeast Asia, a focal area in China’s Belt and Road Initiative (BRI). As President Xi Jinping has pointed out, joint economic development through the BRI can help to develop common ground between China and Southeast Asian countries, where everyone has a stake in maintaining regional peace and stability.

Yet Southeast Asian countries remain unconvinced that China’s approach would bring about peace and prosperity in the region.

Territorial disputes in the South China Sea have become the crux of the challenges to China’s approach towards Southeast Asia. Despite repeated statements that the United States does not take sides in these disputes, the Obama administration seized on opportunities created by emerging tensions and intervened, citing its interest in maintaining regional peace and freedom of navigation. Southeast Asian countries welcomed, to varying degrees, US involvement, enabling Washington to effectively take the strategic initiative and put China on the defensive in its own neighbourhood.

China’s leaders have keenly realised that a confrontation with the mighty United States would not serve China’s interests. While Beijing tends to be accommodating with Washington, it strives to increase its military capabilities in the South China Sea. The aim is not necessarily to prevail in a military confrontation, but to increase the costs the United States would have to bear in confronting China such that Washington would rather drive a bargain than go to war.

There is also the competition between China and the other claimant countries in the South China Sea. Like China, these countries have vital stakes of national security and sovereignty in these disputes. How the disputes are solved could substantially affect their economic development, as China aims to offer incentives to countries which cooperative and put pressure on those which are defiant. Here the asymmetry of force is overwhelmingly in China’s favour and time is on China’s side.

China wants to keep these two games separate and is firmly against ‘internationalisation’ of the South China Sea disputes. Instead, it has adopted a two-track strategy, taking a multilateral approach to manage tensions and promote joint development of contested territories, while insisting on a bilateral approach to resolving the disputes.

Meanwhile, Beijing has skilfully manipulated the ‘friendly countries’ in Southeast Asia to prevent a unified ASEAN position on the issue. The Sino-Philippines rapprochement and improving relationship with Malaysia and Vietnam suggest this strategy is already working.

Still, given the rapid, ongoing changes in strategic balance throughout the region, it remains to be seen whether China’s strategic diplomacy in Southeast Asia can really deliver what Beijing desires.