High Noon on the Coral Sea: How One of America's Most Legendary Aircraft Carriers Was Sunk 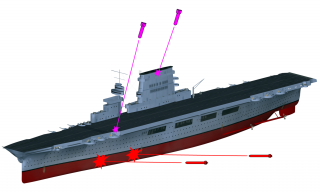