Hitler Built a World War II Submarine That Was Revolutionary. It Ended Up a Total Failure. 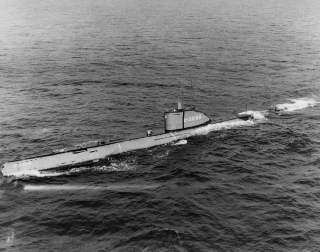 However, the Type XXI would last through the Cold War. Some were used for target practice. Others were captured and commissioned into the Soviet and French navies. The only surviving vessel of its class today is the Wilhelm Bauer, which the modern Germany navy converted into a research vessel. It’s now a museum ship in Bremerhaven. But mainly, the Type XXI provides several lessons in how technology—while important—doesn’t alone win wars. It’s also a lesson in how the fanatical pursuit of advanced weapons can make winning wars a lot harder.

However, the Type XXI would last through the Cold War. Some were used for target practice. Others were captured and commissioned into the Soviet and French navies. The only surviving vessel of its class today is the Wilhelm Bauer, which the modern Germany navy converted into a research vessel. It’s now a museum ship in Bremerhaven.