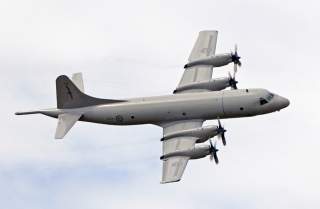 Though the P-8 is, by-and-large, a more sophisticated platform, it lacks some of the features that made the P-3 indispensable. Its weapon load is comparatively limited—it cannot fire the Maverick missile, nor can it employ JDAMs. More relevant to the ASW mission, the Poseidon lacks a MAD boom, though the Navy insists its ability to hunt submarines would not be hindered as a result.

As the sun slowly sets on the Orion, it continues to serve quietly on the frontlines. The Orion’s career has been sustained by its ability to do many things very well. Those who have flown it may be sad to see it go, but they will bid the P-3 farewell knowing the future of Maritime Patrol and Reconnaissance is in good hands.