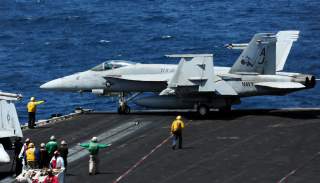 The best way to get good at anything is too actually go out and do it— and do it a lot. The challenge for China is that you can wargame all you want but unless you have experienced actual combat there will always be a learning curve.  And the curve for China is steep: Beijing has not not fought a major war since its roughly one month skirmish with Vietnam in 1979.

Recently in these digital pages (full disclosure: the piece was first posted in 2015 and was reprinted thanks to reader interest) I examined in a short piece on these digital pages how China could do great damage to U.S. and allied military forces in a war. Thanks to over twenty years of large scale investments, the PRC has gone from being a third-rate military that could project very little offensive punch to arguably the second most powerful military machine on the planet. And with an emphasis on weapons systems that embrace anti-access/area-denial military doctrine (A2/AD), China seems to be developing the tools it needs if war with America did ever come to pass. Beijing’s motto these days: be prepared.