How America's Pursuit of Independence Changed the World 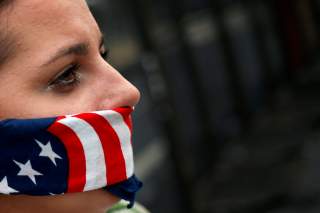 If so many people, both at home and abroad, hate America so much, then why does everyone yearn for their own American-style independence?

We recently celebrated another Fourth of July, which we recognize as the start of the American journey. We were the first people to successfully adopt popular sovereignty as the basis for governance of the state. That’s the basis for the claim that America is truly the “exceptional nation.”

The principles underlying American independence are universal, derived from the moral philosophy often referred to as “natural law.” By virtue of being human, we are endowed with the right to be free.

On July 4, 1776, Americans made that principle their politics.

Even some Americans thought that the whole project was a bad idea, poorly executed. The progressive historian Howard Zinn saw the pursuit of liberties as something crass. The founding fathers, he wrote, “found that by creating a nation, a symbol, a legal unity called the United States, they could take over land, profits, and political power from favorites of the British Empire.”

But if the pursuit of liberty is such a shameful, selfish act, then why has it become a fixture of history, both long ago and more recently? Consider a few salient dates:

July 14, 1789: An armed Parisian mob stormed the Bastille. Sure, the French Revolution didn’t turn out so well. The revolt started on the Paris streets and devolved into what Edmund Burke described as a “strange chaos of levity and ferocity, and of all sorts of crimes jumbled together with all sorts of follies.” But the uprising planted the roots of popular sovereignty in Europe and for over three centuries the seed spread.

April 29, 1945: The dead body of dictator of Benito Mussolini was dumped at the Piazzale Loreto in Milan. The photos of the angry crowd remain among the most jarring, searing images of the West’s rejection of the fascist nightmare.

October 23, 1956: Tens of thousands of protesters marched on the Hungarian Parliament Building in Budapest. While Soviet troops crushed the Hungarian Revolution, it was the first powerful demonstration that liberty could not be stopped by the Iron Curtain.

June 16, 1976: Black students in Soweto, South Africa, rallied at Orlando Stadium, protesting against having to learn Afrikaans in school. The Soweto Uprising was a galvanizing event in the anti-Apartheid movement that led from the cry of freedom to end of the Apartheid two decades later.

April 17, 1989: Thousands of students march to Tiananmen Square, sparking weeks of democracy protests in four hundred cities across China. Eventually, the government ordered military troops to clear the square. Coupled with a wave of arrests, oppression and intimidation, the democracy was crushed—but never forgotten.

June 29, 2013: Protesters filled Tahrir Square in Cairo once again. Having brought down one authoritarian regime, more than thirty-three million Egyptians across the nation went back to the streets to call for the removal of Mohamed Morsi, who was attempting to take democracy away from the people and turn the country over to the Muslim Brotherhood.

February 18, 2014: Thousands begin to fill the Euromaidan in Kyiv, starting protests that eventually led to the downfall of the government, and a national effort to throw off the remnants of corruption and authoritarianism left over from decades of Soviet-occupation. Despite Russian military intervention and the difficulties of instituting political reforms, today Ukrainians continue their fight for liberty.

These are just a few stops on the world tour that started in Philadelphia in 1776. Some, like Zinn, would like to measure men and women against their shortfalls and misjudgments, essentially railing against humans for being human. Yes, to be human is to be flawed, but it is also to be endowed with the right to right—to aspire to harness freedom for great ends.

The events of July 4, 1776, in Philadelphia remind us that these great deeds are possible. Places and times from the city centers of Europe to the public squares in the Middle East, Africa, Latin America and Asia remind us that the cry of freedom echoes on.

Image: A supporter of U.S. Senator Bernie Sanders covers her mouth with a bandana in the colors of the American flag while standing along the perimeter fence of the 2016 Democratic National Convention in Philadelphia, Pennsylvania on July 28, 2016. REUTERS/Adrees Latif