This Is How Big China's Internet Is 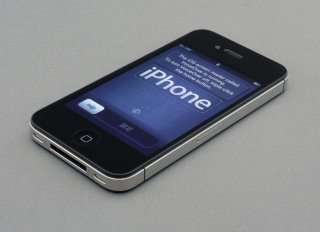 The number of Internet users in China has grown to 668 million, according to a report released last week by the China Internet Network Information Center (CNNIC), a state agency that administers China’s domain name registry and conducts research on the Chinese Internet. Below are the main points from the agency’s annual Internet development report. Full text of the report can be found here.

- The total number of Internet users in China grew to 668 million, a 5.6 percent increase over last year. That’s an Internet penetration rate of 48.8 percent. In the United States, by comparison, 85 percent of people access the Internet, although the penetration rate seems to be hovering around that point.

- As in the rest of the world, young people account for a majority of Internet users. People between ten and thirty years of age make up 55.2 percent of the online population in China.

- The percentage of Internet users speculating in stocks online dropped by 0.3 percent since the beginning of the year, perhaps in response to increased volatility in Chinese stock markets over the last two months.

- The number of users of Weibo, Chinese microblogging services that are similar to Twitter, declined by 35 percent year-on-year, providing confirmation for the argument that Weibo is dying as users migrate to WeChat, a mobile messaging service with a more discrete blogging feature.

- The average amount of time Chinese Internet users spend online each week decreased for the first time ever, dropping to 25.6 hours from a high of 26.1 hours the last time CNNIC surveyed users, in December 2014.

Chinese Internet regulators have gotten a lot of bad press in recent weeks, as it came out that new national security and cybersecurity laws included measures that would make it easier for the government to monitor citizen activity online. For example, the government appears to be doubling down on a requirement that Chinese citizens use their real name and state-issued ID number when opening online accounts and demanding that Chinese companies use technology that is domestically-sourced and “controllable.”

However, despite these limitations, the state of China’s Internet isn’t all bad, as Internet service provision continues to increase. Internet penetration in China has increased by about four percent annually since 2010. While this year’s increase of 2.8 percent represents a gradual leveling-off of growth rates, Internet usage in China remains significantly lower than in developed countries, so there’s still room for growth. Given a recent commitment by the central government to increase investment in infrastructure development, particularly in rural areas, we could even expect a higher year-on-year increase next year.