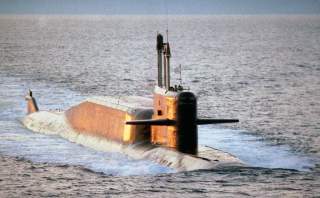 It’s a little-known twist in the cyber-warfare between nations that carries potentially devastating consequences. At a time when more than 95% of everything that moves on the global Internet passes through just 200 undersea fiber-optic cables, potential adversaries such as the US, Russia, China and Iran are focusing on these deep-sea information pipes as rich sources of intelligence as well as targets in war.

The weapons earmarked for the struggle include submarines, underwater drones, robots and specialized ships and divers. The new battlefield is also a gray legal zone: Current Law of the Sea conventions cover some aspects of undersea cables but not hostile acts.

There’s evidence that missions are already under way and that most big powers, including the US, are keen on engaging in such activities. Cables can also be attacked by terrorists and other non-state actors.

The damage from such hard-to-detect acts could be enormous, since a foe’s economy, in addition to military and diplomatic communications, could be blinded. As more nations exploit the Internet for political or military gain, it’s also clear that the tactical concept of undersea cables as critical assets to be attacked or defended is an idea whose time has come.

“In the most severe scenario of an all-out attack upon undersea cable infrastructure by a hostile actor the impact of connectivity loss is potentially catastrophic, but even relatively limited sabotage has the potential to cause significant economic disruption and damage,” a former commander of the North Atlantic Treaty Organization, retired US Navy Admiral James Stavridis, wrote in the foreword to a recent report, “Undersea Cables: Indispensable, Insecure.”

It’s hard to overstate the importance and vulnerability of the world’s undersea cables. Rishi Sunak, the Conservative British member of Parliament who authored the December report, noted that the world’s undersea Internet cables carried about US$10 trillion of financial transactions in a single day as well as huge volumes of data, from e-mails to classified government-to-government information.

“Were the network to disappear, the entire capacity of the Earth’s satellite network could handle just 7% of the communications currently sent via cable from the United States alone,” Sunak wrote.

Chokepoints where cables converge because of underwater terrain or other factors are especially vulnerable. One is the Luzon Strait near the Philippines, where all the undersea cables connecting Hong Kong, Taiwan, South Korea and Japan pass. The site’s vulnerability was underscored on December 26, 2006, when an undersea landslide severed six cables, temporarily disrupting Internet traffic throughout the region.

In the US, the bulk of trans-Atlantic Internet bandwidth comes ashore at a few sites within a 50-kilometer radius of New York City.

The contours of the new battlefield are enormous: Submarine cables can hug the ocean bottom only a few meters from the surface or straddle abysses as deep as Mount Everest is tall.

The locations of the world’s cables are also well mapped and available online, making them prey for specialized subs, ships, divers or something as simple as grappling hooks.

“Protection of the undersea cables that are an essential – and vulnerable – part of the global economy is yet another potential responsibility for a US Navy that is dangerously overstretched,” Joseph Callo, a naval authority and retired rear admiral in the US Navy Reserve, told Asia Times.

US intelligence officials contend that Russia is the chief offender in the new cable war. They have publicly disclosed that Russian submarines are “aggressively operating” near the Atlantic cables that serve the US mainland, as part of an asymmetric-warfare approach.

US has spy submarine

However, there are signs that the United States may be engaging in similar activities. In September, the US media reported that the USS Jimmy Carter, a Seawolf-class nuclear submarine equipped for intelligence missions, had returned to its base in Washington state flying a Jolly Roger pirate flag beside the US flag.

Hoisting the skull and crossbones in the US submarine service signals the successful completion of a mission. What was the Jimmy Carter up to? The US Navy didn’t say. But some analysts speculated that the sub, which carries remotely operated vehicles and SEAL (Sea, Air and Land) teams, might have been placing or removing taps on undersea cables.

Covert Shores, a specialist website dedicated to analysis of maritime special forces and submarines, alleged in an updated article in August that the Russian Navy had been operating an advanced spy ship called the Yantar that is suspected of tapping into undersea Internet cables and carrying out other intelligence work on the sea floor.

Yantar “can host two deep submergence submarines for undersea engineering missions,” wrote H I Sutton, the author of the Covert Shores article. “These missions are thought to include cable cutting, laying of taps on undersea cables, removing other countries’ taps (‘delousing’) and related intelligence missions. She may also perform other special missions such as recovery of sensitive equipment from crashed aircraft or test missiles.”

The military website says the Yantar has been observed loitering off the US coast, Cuba, Turkey, Northern Cyprus and other sites where there are key undersea cable connections.

Rob Huebert, a senior fellow at the University of Calgary’s Center for Military and Strategic Studies, points to reports that the Russians have a special mini-submarine launched in 2003 that dives to a very deep range. He says the sub, variously called the Losharik or Project 201 and AS-12, is suspected of being able to carry out cable missions, though this is unconfirmed.

“If the Russians have this, it would be highly likely that both the Chinese and Americans have the same ability,” Huebert told Asia Times.

Actual evidence of Chinese or Iranian participation in cable-focused espionage activities is spotty. The US side points to Chinese activities in the South China Sea and Iranian actions in the Persian Gulf where civilian vessels rather than easily observed military ships with “gray hulls” are being used to carry out unknown activities.

Stavridis noted in his foreword that underwater cables are easy targets for unmarked civilian vessels that can do their work with conventional, non-military technology.

There’s a propaganda spin to such US allegations. But both Beijing and Tehran can be expected to engage in such activities if they see potential foes such as the US developing this capability.

Stavridis says a solution for the US side is to create “dark cables” that aren’t operational but can be kept in reserve for emergencies. He says another option is to engage Russia and others in bolstering international legal protections for undersea cables and other fiber-optic grids.

Mysterious disruptions of submarine cables have been reported for years. A flurry of incidents occurred in 2008. Five high-speed Internet cables serving the Middle East and India were hit, resulting in major Internet slowdowns. Speculation was that some damage was caused by a dragging ship anchor near Alexandria, Egypt – though officials said there were no surface vessels in the vicinity at the time.

The Egyptian government also arrested three scuba divers near Alexandria in March 2013 after they were allegedly caught cutting an undersea cable serving the Mediterranean region, causing a noticeable Internet slowdown. The divers claimed they cut the cable by accident. But Egyptian officials never explained what motivated the trio.

The incidents stirred a host of conspiracy theories, including allegations that the US National Security Agency was tapping Internet traffic or that local governments were deliberately slowing online access for protesters using smartphones.

This article by Doug Tsuruoka originally appeared on Asia Times.