How China or Russia Could Trick a U.S. Spy Satellite 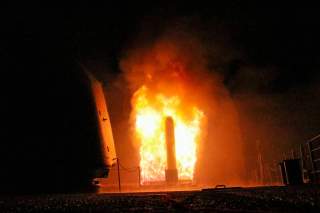 See the pretty Honda Civic in the photograph?

It's not really a Honda Civic. It's a Russian tank pretending to be an automobile.

See the American spy satellite? A computer analyzes its images, but the computer can be fooled by clever camouflage.

This is why the U.S. Navy wants to understand how to prevent computerized surveillance systems from being suckered into thinking that tanks are passenger cars.

As surveillance drones and satellites deliver a flood of imagery that overwhelms human analysts, computerized classifiers are being used to analyze the pictures and identify objects such as tanks or missiles. But as with any automated technology, the system can be fooled. The Navy wants to figure out how this can be done, and then modify its reconnaissance hardware and software accordingly.

The goal of the Navy research project

is to better understand the mechanisms with which one can trick computer vision classifiers in order to anticipate and counter enemy efforts at camouflaging and misguiding our classifiers. For example, a unit may want to confuse enemy surveillance into thinking that a Honda Civic might be a tank or vice versa.

The Navy notes that as computer Artificial Intelligence (AI) improves, “deep neural networks are achieving recognition of familiar objects with near certainty that might otherwise be unrecognizable to human eyes.” But at the same time, minor changes to an object's appearance can fool computers. Hence, the Navy wants researchers who can deliberately mislead U.S. computers and thus reveal how the trick is done.

“Effective techniques should cause misclassification of images taken from a variety of angles (nadir to +/- 45 degrees) and distances (300 feet to [outer] space),” the Navy says. “Camouflage techniques should also be tested against multiple classifiers to determine if they are generally applicable or only effective against certain classifiers. Ideally, target objects will have some military relevance (e.g., aircraft and vehicles) and algorithmic improvements proposed to counter the identified camouflage techniques.”

To add a little icing to the virtual cake, the Navy says the project could be a boon to video gamers as “it would allow environments seen through special glasses to be varied easily from game to game.”

Strangely, the project only addresses how to prevent U.S. surveillance systems from being fooled by adversaries employing camouflage. There is no mention that U.S. equipment and facilities might need to be camouflaged by the prying eyes of Russian and Chinese computer vision systems.

Perhaps this is because the United States is accustomed to being the nation with all the fancy spy satellites and surveillance equipment. But perhaps one day, as the Chinese satellite passes overhead, we'll want that M-1 Abrams tank to look like a Toyota Camry.