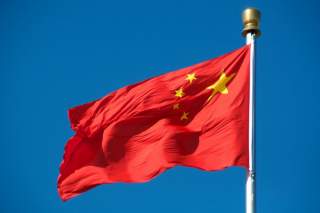 Publications often view the South China Sea as a source of constant security tension whereas analysis of scientific cooperation in the region, on the other hand, is rare, thinly spread and short. However, scientific cooperation in maritime matters does exist; ‘collective research and knowledge’ is even considered by neighboring nations as a means of gathering together—a functional bridge—indispensable in de-politicalizing reoccurring tensions. Disputes between parties continue to poison bilateral relations and negotiations on a Code of Conduct are tested by significant political questions while scientific programs link an extensive network of scientists and bureaucrats covering complex maritime questions, resource management and sharing a common interest for fragile ecological balances.

Scientific programs obviously serve the interests of both China and the Southeast Asian countries: areas of cooperation are numerous and the easiest ground to establish regional cooperation regimes. In this sense, collective scientific work or the adoption of functional standards could contribute towards defusing threatening attitudes.

The numerous projects initiated demand time (they run over several years) and a substantial financial investment. They can only start once all parties (including those currently in conflict) strike an agreement, to avoid risk to their smooth running. Chinese proposals are non-stop, at every level and in every domain. They cover a very wide scope of research from tectonics, currentology, sedimentology, marine geology to prospecting and exploration programs or fight against pollution and environmental warming.

Yet, as my ASPI Strategic Insight paper demonstrates, scientific cooperation endorses the reality of the relationship, which is that of ‘unequal interdependence’ or asymmetry. No effort equals in size nor in quality the one sustained by the Chinese. China is the main initiator, orchestrator and financial sponsor of regional scientific cooperation programs. As a country where the Science & Technology development model forms part of a more global strategy to validate its status as a powerful nation, China has actively supported research through the funding of institutes, universities’ programs, infrastructure and specialists education. President Xi Jinping is involved in the elaboration and supervision of different programs such as the state program for ocean development—2006 to 2020—or the five-year improvement plan for oceanic development. Scientific research is clearly viewed as an instrument of power more than a vector of cooperation (nevertheless a useful ‘façade’); in the domain of scientific cooperation, as in others, China plays on the weaknesses of its partners.

China-led scientific cooperation programs serve three aims: first, to control the data for the area to enhance all the options; second, to use research as a demonstration of power—the submarine Jialong is one such example; or third, to reaffirm Chinese sovereignty through the bias of holding on to selected scientific data. Scientific cooperation becomes a strategic asset and a tool that fits into the overall strategy for non-military coercion.

The evidence shows that China uses its rapidly developing scientific and military prowess in a synchronous timing to dissuade rivals, give credibility to its arguments and secure its regional space and supply routes. After 20 years of research programs in the South China Sea, the space is effectively starting to become well controlled. But this control isn’t really the product of scientific cooperation. It’s rather the result of China leading research programs and banging the drum. It’s therefore reasonable to question the link between the understanding of the maritime space that this research has enabled and its use for gaining power. Besides, scientific cooperation hasn’t reduced mistrust and facilitated the agreement on a Code of Conduct.

But China’s strategy of ambiguity is best illustrated by its reclamation activities. Not only has the construction of artificial islands been made possible under the guise of scientific cooperation (the Chinese started discretely with Fiery Cross, from 1988, when China participated in the construction of a marine observation station for UNESCO) but the dramatic bio-physical and geo-physical impact of such transformation, which extends well beyond the area, may be the most convincing argument that Beijing isn’t working for the ‘common good’ but looking only after its own ambitions.