How Donald Trump Can Make the Pivot to Asia Great Again 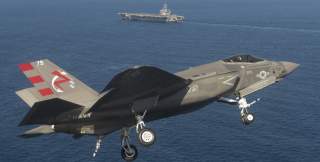 Amid an endless stream of policy elite speculation over the greater meaning of a President-elect Trump, there are very real foreign policy challenges the next administration will need to tackle on day one — a long list of problems that the Obama administration failed to address time and time again.

I would argue there is no more pressing long-term challenge facing America internationally than the behavior of the People’s Republic of China. Beijing has made it clear that the regional order in Asia is not to its liking, and that it aims to change it. China pushes against Japan in the East China Sea, asserts that Taiwan is no more than a renegade province that needs to ‘come home’, and engages in endless so-called salami-slicing — island building in the South China Sea.

Such change runs directly counter to the vital national interests of allies Washington has sworn to protect, and it undercuts the freedom of sea and air lanes that bring job-creating trade to and from America’s shores. Indeed, if China were to reduce the Asia-Pacific to nothing more than a sphere of Beijing's influence, it is a near certainty that other nations — think Russia and Iran, for starters — would copy China’s tactics — tactics like creating borders around seas, pushing critical U.S. allies around, and bullying adversaries to change the global system as Beijing sees fit.

A Pivot that Petered Out:

Team Obama, in a slick piece of attempted grand strategy genius, declared what they called a pivot to the broader Asia-Pacific. While certainly well intentioned, the strategy suffered at its onset from the sheer weight of what was being proposed — if you pivot to one part of the world, other parts, by the very nature of what you are trying to do, will receive less attention. After a massive outcry from U.S. partners, mostly in Europe, the pivot was respun into the so-called rebalance, with the Obama administration attempting to make Asia its number one foreign policy priority. The policy started out strong, but it was undermined by a series of global disruptions such as Russian aggression in Ukraine, the rise of ISIS, Syria’s tragic civil war, and domestic political crisis. By failing to back words with action in other parts of the world — breaking a now famous redline pledge in Syria to strike Bashar Assad if he used chemical weapons against his own people — the administration sowed doubts throughout Asian capitals that the rebalance is anything more than talk, and a suspicion that it is backed by no real change in strategy or expended political capital.

A Trump administration has been handed a golden opportunity to make major positive changes in American foreign policy — something he declared in a speech to the Center for the National Interest, where I work. One such change should be to see to its logical conclusion a much more focused and calibrated pivot to Asia — no matter what the foreign policy crisis of the day is. I would argue for a four-part plan that has the following components:

Trump would be wise to make Asia is his number one foreign policy priority, and in fact to declare in the strongest possible language what I would call an Asia First agenda. The argument for such an approach is clear. Consider the two alternative top-tier foreign policy action items:

- Russia: While Russia might be flexing its muscles in Ukraine and in Syria, Moscow faces long-term and well documented demographic and economic challenges it will not easily overcome. And with big cuts coming to its military budget starting next year, we might be witnessing the peak of Russian military and diplomatic might.

- ISIS: While it is a long-term challenge for the Middle East and the entire globe, ISIS is slowly but surely losing territory and the means to attack the United States in a debilitating fashion. While Washington will continue to worry about attacks on its soil — either by radicalized Americans or foreigners somehow sneaking into the country to do America harm — the imminent danger from an expansive radicalized Islamic caliphate has thankfully passed.

An Asia First approach takes into account the simple fact that China, with an economy worth over $11 trillion and a military that already is attempting to challenge America for regional dominance, will present a growing challenge for decades. Compared against what can be argued is a declining Russia and ISIS, the challenge Beijing presents in the Asia-Pacific is most worthy of our greatest efforts during a Trump administration.

2. Now is the Time to Reassure Allies:

It might not be sexy, and analysts frequently point out that gestures of reassurance seem almost meaningless. However, diplomats I speak to in the Asia-Pacific repeatedly question our resolve to not only honor decades-old treaty commitments, but even to back our own interests in the region. They see us as transfixed with the Middle East, or as a weary partner that won’t honor its commitments in a crisis.

So how does one fix what is ultimately a perception problem? While there is no easy solution, President Trump must see to the basics. For instance, he should make sure he attends any regional conference he is slated for — a sign of commitment President Obama let slide when he backed out of the East Asia Summit at the height of the U.S. debt crisis. Asian diplomats speaking to me on background have voiced their anger over that slight — they consider it a critical mistake. They are also quick to point out how Chinese officials continually remind them of America’s absence, which is seen as a lack of commitment and a sign of our imminent decline. Woody Allen said that 80 percent of life is just showing up; well, so is successful foreign policy.

From such a basic foundation, bigger commitments can be made to rebuild trust. For example, if President Trump is serious about killing the Trans-Pacific Partnership (TPP), he will need to create new ways to reach stronger economic ties that many Asian capitals were keen to build, mainly to ensure that these countries are not overly dependent on China. New bilateral trade deals should be cemented quickly with nations such as Vietnam and Taiwan (in a second round of new members for TPP, Taipei has expressed many times its hope to join), new and old partners that were counting on such agreements.

3. Don't Mince Words, and Don't Spin Them Either:

Yes, yes, we all know multiple administrations “welcome China’s peaceful rise” and that we want Beijing to be “a responsible stakeholder.” This useless talk needs to stop. Beijing has already risen and does not want to be a stakeholder in any international system led by the United States. China wants to dominate the Asia-Pacific and slowly but surely kick America out of the region. We look weak and timid when we cling to tired clichés that have no meaning and are not based in reality.

We need to enunciate clearly that while we hope to partner with Beijing where our interests meet, we see Beijing as a competitor — Hillary Clinton was bold enough to make such a statement — and will vigorously defend our allies and partners as well as our economic and diplomatic interests. We need to speak in the language of a great power that has even greater interests. Politically correct diplomacy-speak that is dated at best and sounds weak to Beijing is even worse.

4. A Military Strategy with Teeth:

While many complained that Obama’s rebalance to Asia had an overtly military character, I would argue it was not enough so. Beijing has spent the last decade perfecting a strategy to negate U.S. military advances. Referred to as anti-access/area-denial, and known in shorthand as A2/AD, China’s plan is to develop advanced, super-stealthy submarines, advanced mines, various types of missile platforms, and more to ensure America would pay a heavy price if it ever decided to intervene in a conflict over Taiwan or in the East and South China Seas. China’s thinking is obvious: Make Donald Trump or a future American president face the prospect of losing an aircraft carrier just as the price of admission to a war that could cost many U.S. lives — a scenario we have not faced since the Cold War. And while the Pentagon has championed operational concepts such as Air-Sea Battle to negate China’s rising A2/AD capabilities, the communications strategies to explain such efforts have been problematic at best, with Air-Sea Battle now being swapped for a new plan dubbed JAM-GC, about which, two years on, we are still waiting to receive the finer details.

Here is where a change in administration can make a difference, with the U.S. Navy playing a key role. America must clearly define its military strategy for dealing with the rise of China’s growing capabilities. And there is good news on this front, with what is increasingly being seen as the likely nomination of Congressman Randy Forbes as the new Secretary of the Navy, someone who I have had the pleasure of spending a good amount of time with over the years. Forbes would be a major asset in crafting a strong U.S. military strategy toward China. He understands the challenge the Chinese military presents for Pentagon planners. He has championed a stronger navy, after years of atrophy under President Obama, and called for a much more robust effort to ensure America’s military can not only withstand any possible challenge from China, but to make sure Beijing understands the meaning of deterrence in Asia. While a new military strategy will take some time to develop, there could be no better sign than tabbing Forbes, with senior China expert Michael Pillsbury and analyst Peter Navarro likely offering input in the overall policy direction, to indicate that the Trump administration is moving in the right path.