How the U.S. Army Could Become Lethal Again (Thanks to Donald Trump) 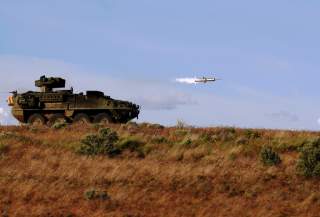 Modern presidents tend to be either defense hawks or budget hawks.  Some start as one kind and morph into the other, usually in response to a domestic or international crisis.

President-elect Trump may be that rare leader who will try to be both at the same time.

He has already provided strong signs that he intends to try. On the one hand, he has nominated several former senior military officers to major national security posts, individuals who understand not just how to make use of the U.S. Armed Forces in peace and war but what it takes to maintain them. On the other hand, he has proposed as his head of the Office of Management and Budget a Congressman with sterling credentials as a deficit hawk and opponent of waste in the defense budget. In comments over the course of the campaign, the President-elect also has demonstrated that he both favors a strong defense and opposes what he views as excessive spending. In the past few weeks alone, President-elect Trump has commented on what he views as excessively pricey defense programs and threatened to engage in a multi-billion dollar nuclear arms race.

One way that the incoming administration can demonstrate its fidelity to both objectives, a strong defense and making defense spending more efficient, is by making a serious investment in the near-term modernization of the U.S. Army.  The Army faces a difficult situation with respect to the challenge posed by increasingly capable competitors. A combination of failed acquisition programs over the past 20 years and the need to focus investments on the fight against Islamic terrorism resulted in a shortchanging of future capabilities for high-end combat. According to one senior U.S. Army general officer, “some analysts have said of 10 major capabilities that we use for warfighting that by the year 2030, Russia will have exceeded our capability in six, will have parity in three, and the United States will dominate in one.”

Today, the Army is behind in modernization against current and future threats. Presently, there are no major ground combat vehicles in development. The international security environment is such that the Army cannot continue to forgo near-term modernization and rely on the introduction of transformational systems a decade or two hence. In the face of investments by prospective adversaries, particularly Russia, in advanced conventional capabilities, the U.S. Army needs to bolster its own capabilities for high-end land warfare thereby enhancing deterrence of aggression, particularly in Europe. This includes halting the reductions in end-strength at the level proposed by the FY2017 National Defense Authorization Act, which would be 475,000.

On its present course, the U.S. Army will lack the modern equipment and organization necessary to deter or, if necessary, defeat a high-end adversary. The next generation of long-range fire systems, air defenses, rotary wing aircraft and electronic warfare (EW) systems will not begin deployment until the middle of the next decade at the earliest.

Therefore, what the U.S. Army must do is maximize the potential of existing platforms and systems. The Army has a near-term modernization program to substantially enhance the lethality, protection, mobility and logistics sustainment of its current fleets of armored combat vehicles, long-range fires and communications systems. Portions of the Stryker fleet have been upgraded several times, most recently with the addition of a double-V hull to four brigades and a 30mm cannon. The Army is employing engineering change proposals to pursue continuous modernization of both the Bradley fighting vehicle and the Abrams tank. The 50-year-old M-113 personnel carriers are being replaced.  The Paladin self-propelled howitzer is in the midst of a modernization effort as is the Multiple Launch Rocket system. Army aviation is pursuing an upgrade program for its Apache helicopters to the new and more capable E model.

An infusion of an additional $15 billion a year for each of the next five years (FY2018-22) would allow the Army to expand investments in critically needed and time sensitive capabilities in lethality, force protection, fires, air and missile defense, aviation, communications/networks and EW. It would also allow critical investments in the munitions industrial base which has shrunk and aged over the past decade. Almost all of these investments are based on accelerating current procurement plans rather than initiating new programs. By the way, this amount is little more than one day of federal spending.

These proposed investments do not constitute an end-state for Army modernization. It will take many years and billions of dollars to complete planned upgrades of combat vehicles, long-range fires, EW and aircraft. For example, the proposed lethality upgrades to the Abrams tank still require several years of R&D before even low rate production can begin. The same is true for EW upgrades, new air defense systems and additional communications security. However, the accelerated upgrade programs proposed above will significantly improve the combat capability of early arriving forces, ensure the availability of sufficient ammunition stores to support high-end combat and begin the process of countering prospective adversaries’ investments in EW, unmanned aerial systems, long-range fires and new combat vehicles.

A robust modernization budget also could help the Army (and the rest of the U.S. military) buy time until it can begin to field the next generation of platforms and systems. In order to deter aggression, near-peer and regional challengers need to see the Army as a formidable opponent. The proposed investments would go a long way to denying prospective adversaries confidence in their ability to deter the United States. Moreover, because increasing the pace and scope of near-term Army modernization is a low risk strategy, it would be a smart way of using additional defense dollars.

Investing in the U.S. Army’s near-term modernization is a way the new administration can demonstrate both its commitment to a strong national defense and its determination to avoid the defense budget excesses of past eras. Like the President-elect’s appreciation of the political and military value of pursuing a strong, credible and secure nuclear deterrent, a decision to strengthen the combat power of the U.S. Army sends a strong message to would-be aggressors.  This also would be a way of demonstrating the incoming administration’s commitment to the efficient use of defense budget resources. Investing in Army modernization is a good early move for a President who is both a defense and a budget hawk.