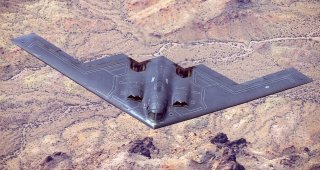 President Donald Trump concluded last week by calling upon to the military to ensure that the U.S. nuclear arsenal is at the “top of the pack.”

This is a reasonable goal. The United States’ nuclear weapons are meant to deter large-scale attacks that could potentially end life as we know it.

They also serve a nonproliferation purpose. The United States prevents nuclear proliferation by guaranteeing the security of allies around the world who rely on our nuclear deterrent, rather than developing and creating their own.

We’d better make sure our nuclear arsenal is the best it can be.

During the Cold War, the United States designed and developed nuclear weapons that were at a “Ferrari” level relative to other nuclear weapon states. Our warheads were leaps and bounds ahead of those of our adversaries, particularly with regard to their safety and security features.

Despite deploying tens of thousands of these warheads, the United States has never experienced an accidental nuclear detonation.

Today, the nuclear picture is much different. Our nuclear warheads are aging and remain based on designs from the 1970s. The world is very much a different place than it was during the Cold War, yet the United States has completely barred itself from considering what kinds of nuclear warheads would best meet the challenges of today.

The Trump administration would be wise to reverse this policy and provide the intellectual space to examine the state of the U.S. nuclear stockpile.

U.S. adversaries have no such self-imposed restrictions. They design, develop, and to some extent test their own nuclear warheads as they desire. They have very active nuclear delivery platform modernization programs and robust scientific and production complexes relative to the United States.

Comparatively, U.S. nuclear modernization is much slower. We will start to develop and deploy our replacement delivery platforms for the current nuclear triad—bombers, intercontinental-range ballistic missiles, and strategic submarines—over the next several decades.

The United States lags behind Russia, its nearest nuclear peer competitor, in tactical nuclear weapons. Moscow’s advantage in this class of weapons is perhaps 10-to-1, if not larger.

The dual nature of delivery systems and Russia’s unwillingness to discuss them in arms control settings means this disparity will not go away anytime soon.

Add the Russian arms control violations, including the Intermediate-Range Nuclear Forces Treaty and its deployment of hundreds of more warheads than the permitted ceiling in the New Strategic Arms Reduction Treaty (New START), and the situation is increasingly dangerous for the United States and particularly its allies in Europe.

The Nuclear Posture Review, in which military officials will evaluate the role of nuclear weapons within the U.S. defense strategy, will be an excellent opportunity to turn the page on outdated policies.