How Iran Fooled the United States 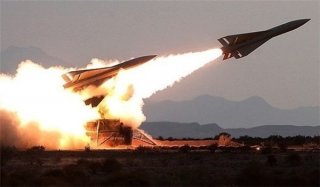 The recent interim framework struck by the United States, its partners, and Iran in Lausanne has generated a tremendous amount of commentary from both supporters and opponents of the deal. Unfortunately, little of that commentary has focused on what Iran was trying to achieve in these negotiations.

Looking at the framework the negotiations produced it seems that U.S. negotiators suffered from this same myopia. In any negotiation, success rests, in part, on the ability to see things from the other party’s point of view. The failure to understand Iran’s actual goals in Switzerland has led to a deal that focuses on things that don’t matter very much, like breakout times and the logistics of inspections, and not at all on the things that matter most. The result is a deal that gives Iran what it wanted most: time and money. The United States and its international partners received in return vague assurances and a press conference that Iran is already backing away from.

In order to build a nuclear capability, a nation needs three basic components: fissile material, a working bomb design, and a reliable delivery system. Iran reportedly has the ability to produce enough nuclear material to build a bomb within three months. So why haven’t they? One possible reason is that all the fissile material in the world can’t help you build a nuclear weapon if you don’t have a working bomb design or a reliable missile to deliver it. What Iran needed out of Lausanne was sanctions relief to revive its economy, preserve the regime, and finance its efforts to further develop its bomb design and perfect a long-range missile that can deliver a weapon against its adversaries. That is exactly what it gets out of Lausanne.

American negotiators focused on getting Iran to give up centrifuges and surrender its uranium stockpiles. They were, we are told, somewhat successful. Iran agreed to give up two thirds of its centrifuges and 98 percent of its enriched uranium stockpiles. (Although the ultimate fate of Iran’s uranium stockpiles and the means by which they were to be disposed of was left vague by the terms of the framework). What negotiators do not appear to have understood is how little these concessions were worth. Constant references to breakout times demonstrate that the U.S. team had a myopic focus on Iran’s current ability to enrich uranium without regard to long run strategy.

Iran’s decision to give up centrifuges and to possibly degrade its enriched uranium does not cost it much. Having mastered the enrichment process, it can temporarily let some centrifuges and material go now because Iran probably does not have a working bomb design yet. It has been widely reported that Iran is conducting tests on bomb triggers at a facility called Parchin. After denying IAEA inspectors access to the site for the last ten years, in an impressive display of negotiating skill, Iran managed to get the United States to agree not to even mention the Parchin site in the Lausanne framework. Iran has now been given the time it needs to perfect its bomb design and got the United States to give up on sending inspectors to facilities where Iran is suspected of conducting weapons research. Once Iran has a working bomb design it can replace every centrifuge and every ounce of uranium it just gave up in very short order. After all, Iran originally built its cascade of centrifuges and enriched all this uranium while under severe economic sanctions and intense international scrutiny. Imagine how quickly Iran will be able to do so again without sanctions.

Even if Iran had a working bomb design, it would still need a reliable delivery system. The most glaring flaw in the agreement struck by the United States is that it does not even touch on Iran’s ballistic missile program. Iran could launch a round of long-range ballistic missile tests tomorrow and it would not violate one word of the agreement struck in Lausanne. Unlike other nuclear states that have air forces with advanced fighter-bombers or submarines capable of delivering submarine launched ballistic or cruise missiles, Iran does not have such platforms capable of delivering a nuclear weapon. Thus, Iran is developing long-range ballistic missiles so it can deliver the weapon it wants to build.

Iran’s main ballistic missile is the Shahab 3. Experts differ on the exact capabilities of the Shahab 3 but most agree that it is capable of carrying a nuclear warhead and can reach Israel. Iran has hundreds of these missiles and is working to develop a new missile, the Sejjil, which will have an even longer range and carry a larger payload.

Nothing in the Lausanne agreement requires Iran to give up any of its existing missiles or curtail tests for its next-generation missiles. More troubling, the agreement promises to give Iran the financial means to revive and expand its testing program. Iran has spent over $1 billion in the last decade on missile development. Ballistic missiles have proven an expensive pursuit and the cost helps explain why development of the Sejjil stalled out as sanctions ratcheted up and money became scarcer. That situation is about to change.

Iran has, since 2009, had enough nuclear material to build a bomb in just a few months. It has likely not done so because its ability to enrich uranium has outpaced its ability to design a bomb or put a nuclear warhead on a missile that can reliably deliver it.

Countries like Pakistan, India, and South Africa operated civilian nuclear programs for many years before trying to build a nuclear bomb. The greater experience a country has running a nuclear program the better equipped it is to deploy an effective nuclear weapon. Giving Iran sanctions relief and breathing space and even inviting them to develop a civilian nuclear program will enable Iran to gain experience in handling nuclear technology. The time will also allow Iran to perfect its bomb design and advance its ballistic missile program.

When the deal expires in a mere ten years (or earlier if Iran decides to violate it) breakout times and snap back sanctions will not matter. This deal doesn’t stop Iran from getting the bomb. It just gives them space to build one on their own terms.

John Ford is an attorney in California. He served as a Captain in the US Army on active duty before entering private law practice. He is a regularly commentator on foreign affairs and national security matters.