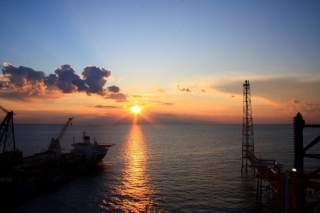 The recent OPEC decision not to slash production is a major setback to Iran’s fiscal health. Beset by sanctions, Iran’s most important source of revenue is under attack not by Israeli or American war planners but by market forces. The price of Brent crude, the benchmark, has sunk by 40 percent since June. North American production and Saudi Arabian insistence to maintain current levels of supply has led to a surplus of 1.5 to 2 million barrels a day. While the steep drop in oil prices is a blow to all exporters, the Arab countries of the Persian Gulf have sufficient cash reserves to weather the storm. Iran does not.

Years of war, sanctions, lack of proper investment as well as mismanagement and corruption within the Iranian oil industry—particularly under the stewardship of former President Ahmadinejad—have had the profound and long lasting effect of putting Iran behind other major crude producers.  This is in sharp contrast to where Iran stood in the 1970s when the world looked at her oil exports with envy. At the time the late Shah was dubbed the “Emperor of Oil” by Time magazine as Iran held as much sway within OPEC as the Saudis do today. Iran was the second largest exporter in the cartel and the fourth largest producer in the world. At its peak, before the revolution, Iran was producing 6 million barrels a day.

Iran’s fall as a global player in energy markets has been steep and fast. Today, Iran is the 8th largest net exporter of crude in the world, and it has fallen behind many OPEC countries like Iraq, the UAE and Kuwait. To be sure, those countries have structural advantages that Iran doesn’t. Most significant, a smaller population base that consumes less of the oil they produce. Estimates vary, but of the 3.5 million barrels of oil a day that Iran produces, nearly half is refined and used domestically.

Also hurting Iran are sanctions that have forced traditional European buyers, such as Germany and Italy, to halt all Iranian crude purchases. This was not done all at once but rather over a period of six months whereby the European Union (assisted by United States using its threat of extraterritorial sanctions) managed to get long standing customers of Iran’s crude to purchase less and less oil every month. This strategy allowed other OPEC producers, particularly Saudi Arabia- to make up for the shortfall of Iranian crude that was no longer being purchased.

What made this strategy particularly effective was that it was not sudden, but rather phased in over time.  As a result, crude importers didn’t feel a price shock. With Gulf Arab states producing at or near capacity and new production coming from North American shale oil, downward pressure on crude prices persisted. Consumers never felt the pain of Iran’s crude being replaced.

Iran’s crude exports were marginalized. The math is simple: What’s 1.5 million barrels of crude per day, in a world that’s currently over-supplied by 2 million barrels per day?

Some argue Iran should have withdrawn its crude from the market all at once, so as to shock the global market and cause a rise in crude prices. That argument falls flat for a country whose primary source of income is oil exports. It was telling that the Iranian oil minister Bijan Namdar Zanganeh, a respected industry veteran, came to the OPEC meeting in Vienna determined to see a production cut, but left stating the Iranian position was “closer” to that of Saudi Arabia. Iran’s leverage to sway other OPEC members to its position was limited, with the collective might of its GCC neighbors (which account for more than half of OPEC’s daily production) unified under the Saudi position.

In the future, Iran could again play a significant role in international oil markets as it holds the fourth largest known crude reserves in the world. However, it can only return to relevance if it is able to fully realize its export potential and ramp up production. This can only happen with a deal on its nuclear dossier that lifts restrictions on its energy sector and allows for foreign investment and the inflow of technology that it lacks. It will also need to make its fiscal regime more attractive for Western companies (the world leader in oil field extraction and services) to justify their return to the Iranian market.

With international exploration and production hit hard by bearish prices and excess production, Iran must play for time until markets stabilize and recover. In the interim, it must do everything it can to break out of its international isolation so its energy sector can recover and become relevant again.

Amir Handjani is an Energy Expert and Managing Director of Pt Capital an Arctic Resource Asset Manager. He may be followed at @ahandjani.