How Israel Shot Down 5 Russian MiGs in 3 Minutes 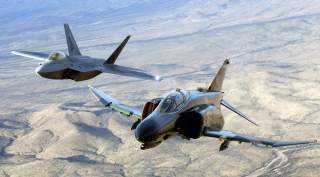