How Japan Could Someday Stop a Nuclear Strike from North Korea 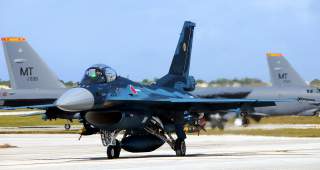 Image:  ANDERSEN AIR FORCE BASE, Guam - Japan Air Self Defense Force F-2A taxis down the runway here during an exercise for Cope North Feb. 5. Cope North 09-1 is the first iteration of a regularly scheduled joint and bilateral exercise and is part of the on-going series of exercises designed to enhance air operations in defense of Japan. ​Wikimedia Commons