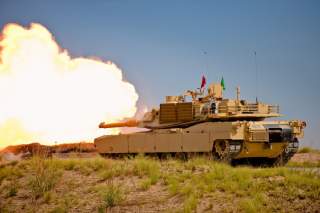 Colonel Patrick Donahoe recently articulated the importance of the main battle tank in future conflicts. History has shown tanks are a valuable tool in the application of combined arms warfare, and commanders will continue to exploit the capabilities of the armored force, where appropriate, to counter the armored formations of our adversaries. The tank, however, is an inanimate object, incapable of understanding terrain and maneuvering to a position of relative advantage unless under the control of a highly trained and technically capable crew. Additionally, the direction of company, battalion, and brigade commanders and staffs proficient in the art of armored warfare expand its usefulness from one tank to dozens. Unfortunately, changes in force structure have diluted the expertise of our armored forces, which will necessarily affect performance on the battlefield.

Many leaders with service in tank battalions, a formation that no longer exists, will attest that the soldiers and leaders of a tank battalion were laser-focused on the development of the skills necessary to provide commanders with armored formations that were fast and lethal. In the same manner, pure mechanized infantry battalions were able to focus on the employment of mechanized infantry formations. Force structure, with pure tank and infantry battalions, allowed for a focus on training core competencies. Battalions could be task-organized with companies of a different type, when necessary, for the completion of a specific mission.

The transition to modular brigade combat teams in the mid-2000s brought with it a new battalion task organization, called a Combined Arms Battalion, consisting of two tank and two mechanized infantry companies (now with a 2-1 or 1-2 mix). With this new task organization came changes in manning. There are five leadership positions of great significance in any battalion; the commander, command sergeant major, executive officer, operations officer, and operations sergeant major. These five leaders work together to train and employ the unit in combat. In a tank battalion, all five of these leaders were from the armor career field; in a combined arms battalion, they can be a mix of armor and infantry officers and noncommissioned officers.

It is not uncommon to find a combined arms battalion where only one or two of the five leaders listed above has extensive experience in tank and mechanized units (and vice versa, creating a similarly-degraded situation for infantry expertise). Armor officer career paths may include assignments in Stryker and light brigades, away from armored forces, and infantry officer career paths are required to include assignments on and off of vehicles. Opportunities for developing warfighting skills in future commanders are limited, as an officer will spend approximately half of his or her career in non-tactical assignments prior to being selected for command. Repeated assignment to the same type of unit at the platoon, company, and battalion-level would allow for increased opportunities to develop specialized expertise; these opportunities were afforded to tank battalion commanders before force structure transformation. Today’s diversity of tactical assignments for both armor and infantry officers leaves them both with less opportunities for specialized development prior to taking command, when compared to commanders of the past.

Legacy tank (and mechanized infantry) battalions had unique gunnery and sustainment requirements, and maneuvering one against a thinking enemy is not a skill one picked up from either reading the latest doctrinal publication or from one rotation at a training center. These skills were learned through years of repetition in training and in combat. Force structure transformation diluted the task organization of these legacy battalions, which expanded the number of tasks and skills that must be trained, and it diluted the combined expertise of the battalion’s most senior leaders, which reduced their ability to train the unit on those tasks.

Changes in force structure modified not only tank and mechanized infantry battalions; the army’s cavalry formations were affected as well. Division cavalry squadrons and an armored cavalry regiment, both with a mix of tank and Bradley Fighting Vehicles, served as the backbone for the army’s pre-transformation armored reconnaissance. Successfully leading a heavy cavalry unit required one to have expertise in conducting armor and mechanized operations, as well as a depth of knowledge in reconnaissance and security tasks. The five senior leaders in the legacy cavalry squadrons were all from the armor career field.

Transformation broke apart the division cavalry squadrons, and the armored cavalry regiment is no more. Armored brigades were given a cavalry squadron with a mix of Bradley Fighting Vehicles and wheeled vehicles, and, most recently, a tank company. To preserve expertise in cavalry skills, the command and operations sergeants major of an armored reconnaissance squadron are both 19-series (armor or cavalry), and can lend wise counsel to the three senior officers, who can be either armor or infantry.

A legacy tank battalion was capable of an offensive tempo unmatched by any other ground combat formation, limited only by its supply trains and the maximum speed of the tank.The battalion was capable of delivering accurate long-range direct fires, and it could defend a frontage of between five and ten kilometers, or more, depending on terrain. Supporting these operations required the synchronization of indirect fire and aviation assets, as well as the provision of large quantities of fuel, ammunition, maintenance assets, and medical support. Commanders of legacy tank battalions climbed a specific ladder on their path to command, holding the jobs of tank platoon leader, tank company commander, and battalion operations officer and/or executive officer. Leaders were experienced in the attributes of a tank battalion when placed in command, and were equipped to train the unit in the execution of required tasks.

Brigade and battalion commanders are centrally selected by a Department of the Army board. They are carefully placed into specific commands based on a variety of inputs, but units do not necessarily receive the best commander for the job, as manning documents dictate the type of officer eligible to command specific types of units. This problem is not unique to armored units, but it proliferates across all ground forces. Both armor and infantry lieutenant colonels are eligible to command the following units: combined arms battalions; cavalry squadrons in armored, Stryker, and light infantry brigades; and Stryker infantry battalions. Curiously, only infantry officers are eligible to command infantry battalions in a light infantry brigade.

The six different types of line battalions/squadrons are very different units, with very different doctrine, task organization, mission essential tasks, sustainment requirements, and so on. A light infantry battalion and a Stryker infantry battalion are similar in organization and size, but they are very different in sustainment requirements and how they are fought. Of these two different types of units, an armor officer is only eligible to command the Stryker infantry battalion, which is arguably a more complex organization, given the speed at which it can move, and the number of different systems it has to employ. Today’s combined arms battalion with two tank companies and one mechanized infantry company would have been called an armor task force pre-transformation, and it would have been commanded by an armor officer only. The talent management methodologies brought about by force structure transformation are inconsistent when maintaining branch-specific commands for specific types of units, but not for others.

A first step in increasing the lethality of the armored force would be a series of talent management reforms. Just as a light infantry battalion benefits from the expertise of an infantryman commander, a combined arms battalion with two tank companies and one mechanized infantry company would benefit from the professional expertise of an armor officer commander. Battalion commanders are focused on training platoons, and an officer of the same branch of the majority of platoons in a battalion would be better suited to train and mentor those platoon leaders.

Cavalry squadrons of all types would also benefit from the command of an armor officer. Officers and noncommissioned officers attend specific schools to learn reconnaissance and security fundamentals at the platoon and company level; cavalry tasks and the associated schools are most closely associated with the armor community, and they are currently resident under the army’s Armor School. The armor officers selected to command these formations must have relevant experience for these changes to be effective, consequently, the senior leaders of a combined arms battalion or cavalry squadron should be assigned to similarly typed units throughout their career.

A step above talent management reforms would be a change in force structure and a return to pure armor battalions with three tank companies each. This change would allow for the greatest amount of specialization in armored warfare, and the rebuilding of core competencies called for by senior leaders. Detractors of such a reorganization may cite that units are best when they train like they fight, and tank battalions were often deployed as a task force, with two tank companies and one infantry company. Such a position ignores the value of focused training on combat tasks from the individual to company-level, and how an experienced battalion commander contributes to the quality of that training. Tank battalions of the future would be capable of cross attaching companies, when needed, just as they have successfully done in the past.