How to Make Korean Unification a Little Easier (And Less Expensive) 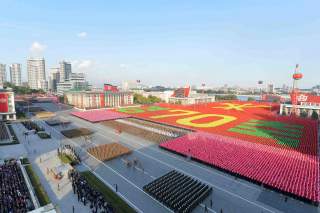 Not gaining much space in the international news cycle were two articles in May regarding South Korea’s desire to help develop the infrastructure of North Korea.

Both discussed how doing so now would decrease the cost of reunification in the future.

These ideas make sense. In addition to reducing the expected astronomical costs of reunification, such projects would greatly improve the lives of ordinary North Korean citizens.

Imagine if you will enough electricity for everyone’s refrigerators, enough clean water for cooking and washing, freedom from worrying about droughts or floods.

Other North Korean infrastructure needs include regional and national highways for moving light freight, such as locally manufactured products or regionally grown produce. Markets could expand as foods and goods become widely available, benefiting both producer and consumer.

All of this, of course, would have to be accomplished wisely. South Korean taxpayers and other investors would not want their hard-earned money going into projects and structures that soon collapse or deteriorate as buildings in Pyongyang have.

This would require the use of quality materials that may — or may not — be available in the North. Moreover, proven methods including extensive supervision of North Korean workers by experts from the South would be necessary in order to ensure lasting results.

This is not about support for reopening the Kaesong Industrial Complex (KIC). The KIC was only a source of cheap labor for South Korean industries and a wellspring of hard currency for Pyongyang.

It would be far better to restrict investment efforts to more far-reaching enterprises such as electrical generation and distribution grids, water purification and delivery systems, and transportation networks.

Facilitating the production and delivery of factory goods and farm produce to markets all across the country would hasten the expansion of the still nascent capitalistic market system — and ironically, self-reliance in the truest sense of the North Korean juche philosophy.

Critics might object, saying it would benefit and reward North Korea.

Admittedly that would be true, but consider which North Koreans it would really benefit: the consumer who needs goods available in a nearby market, entrepreneurs who want to expand their businesses, average citizens that need clean running water and reliable electricity.

There can be little doubt that providing such utilities and transportation is thinking for both the present and the future.

And if done right, little money would go into North Korean coffers for use in its weapons programs.

Part of the deal could be paying North Korean laborers with some in-kind goods, such as meals before and during work hours, along with the requisite personal safety gear.

Yes, some payment would be involved, but it could be less than that siphoned off from KIC workers by Pyongyang if Seoul negotiates the deals properly.

Both Pyongyang and Seoul would contribute raw materials, with the South supplying only what isn’t available in the North. South Korea would supply training and supervisory expertise, while North Korean workers gain experience, get fed, and receive paid a modicum of money.

To be sure, Pyongyang’s military would be able to use the new infrastructure as well.

But consider the original intent of the US Interstate Highway System when it was designed back in the mid 1950s – to move troops and war materiel.

However, look at who uses those American ribbons of concrete. It certainly was not the military back then nor is it now.

The overwhelming use of those roads was and continues to be for commercial purposes (think donju, the emerging merchant class in North Korea) or pleasure (think average citizen).

Now that is truly planning for the future as well as taking care of the present.